Having regard to Regulation (EU) No 346/2013 of the European Parliament and of the Council of 17 April 2013 on European social entrepreneurship funds (1), and in particular Article 17(5) thereof,

This Regulation determines the format for notification among competent authorities and to ESMA of the supervisory information relating to the events provided for in Articles 17(1) and 22(3) of Regulation (EU) No 346/2013.

Format of the notification

Each competent authority shall communicate to ESMA the relevant e-mail address for notification of supervisory information. 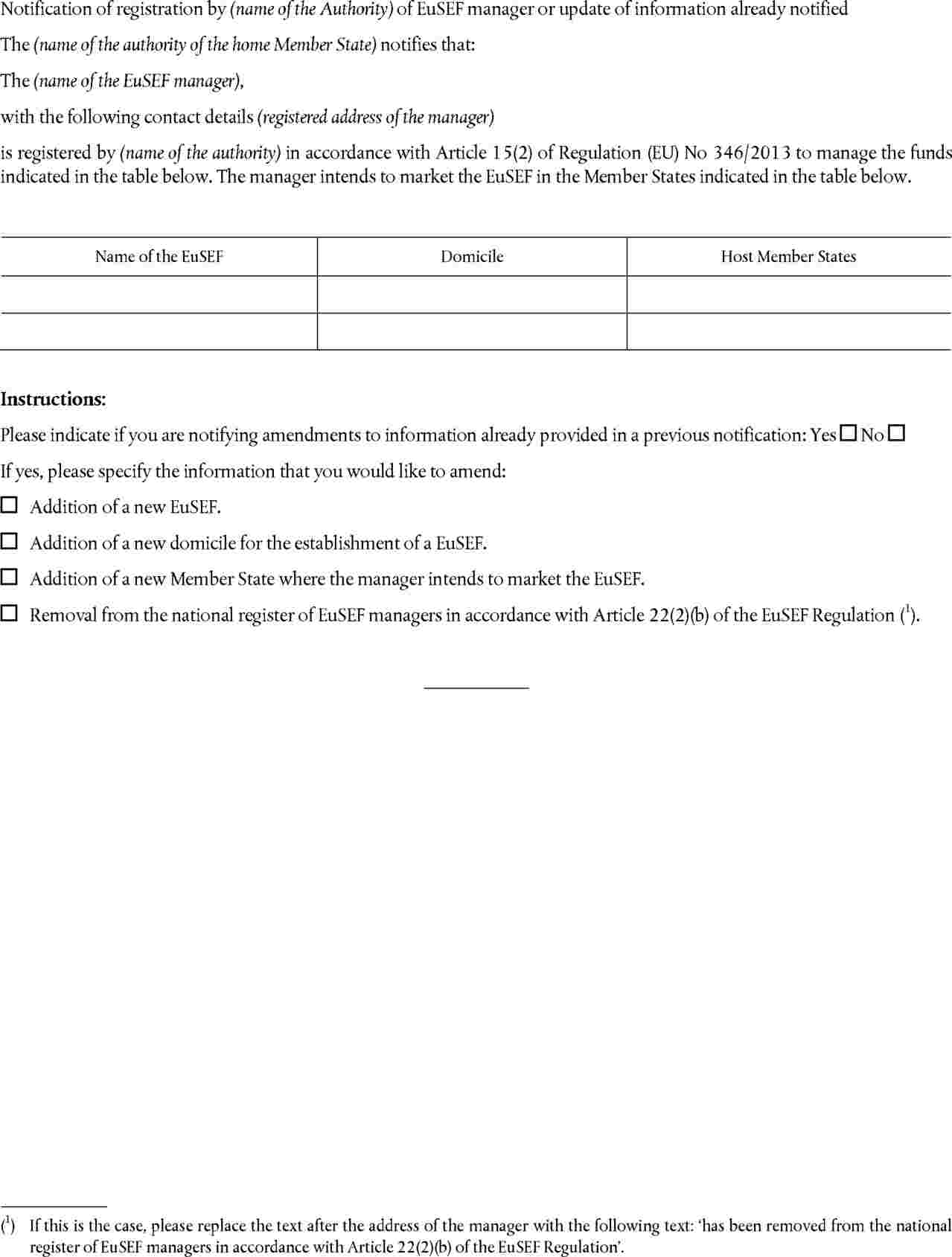