on the aid measure SA.34947 (2013/C) (ex 2013/N) which the United Kingdom is planning to implement for support to the Hinkley Point C nuclear power station

(Only the English version is authentic)

Having regard to the Treaty on the Functioning of the European Union, and in particular the first subparagraph of Article 108(2) thereof,

Having regard to the Agreement on the European Economic Area, and in particular Article 62(1)(a) thereof,

Having called on interested parties to submit their comments pursuant to those provisions (1), and having regard to their comments,

2.   DESCRIPTION OF THE MEASURES

2.1.1.   Overall functioning of the CfD mechanism

3.1.   COMMENTS RECEIVED ON THE MEASURES AS A SERVICE OF GENERAL ECONOMIC INTEREST

3.2.   COMMENTS RECEIVED ON THE EXISTENCE OF AID

3.3.   COMMENTS RECEIVED ON THE OBJECTIVES OF COMMON INTEREST, THE MARKET FAILURES AND THE NEED FOR STATE INTERVENTION

3.4.   COMMENTS RECEIVED ON THE APPROPRIATENESS AND THE INCENTIVE EFFECT OF THE MEASURES

3.5.   COMMENTS RECEIVED ON THE PROPORTIONALITY OF THE MEASURES

3.6.   COMMENTS RECEIVED ON POTENTIAL DISTORTIONS TO COMPETITION AND TRADE BETWEEN MEMBER STATES

3.7.   COMMENTS RECEIVED ON THE CREDIT GUARANTEE

4.   COMMENTS RECEIVED FROM THE UNITED KINGDOM

4.1.   COMMENTS RECEIVED ON THE EXISTENCE OF STATE AID AND SGEI

4.2.   COMMENTS RECEIVED ON THE OBJECTIVES OF COMMON INTEREST

4.3.   COMMENTS RECEIVED ON THE MARKET FAILURES AND THE NEED FOR STATE INTERVENTION

4.4.   COMMENTS RECEIVED ON THE APPROPRIATENESS AND THE INCENTIVE EFFECT OF THE MEASURES

4.5.   COMMENTS RECEIVED ON THE PROPORTIONALITY OF THE MEASURES

4.6.   COMMENTS RECEIVED ON THE POTENTIAL FOR DISTORTIONS TO COMPETITION AND TRADE BETWEEN MEMBER STATES

5.1.   COMMENTS RECEIVED ON THE OBJECTIVES OF COMMON INTEREST

5.2.   COMMENTS RECEIVED ON THE NEED FOR STATE INTERVENTION AND MARKET FAILURES

5.3   COMMENTS RECEIVED ON THE APPROPRIATENESS AND THE INCENTIVE EFFECT OF THE MEASURES

5.4.   COMMENTS RECEIVED ON THE PROPORTIONALITY OF THE MEASURES

5.5.   COMMENTS RECEIVED ON THE POTENTIAL FOR DISTORTIONS TO COMPETITION AND TRADE BETWEEN MEMBER STATES

6.   RESPONSE OF THE UNITED KINGDOM TO THE COMMENTS SUBMITTED BY INTERESTED PARTIES

6.4.   APPROPRIATE OF THE INSTRUMENT AND INCENTIVE EFFECT

6.5   PROPORTIONALITY OF THE MEASURES

6.6.   DISTORTIONS TO COMPETITION AND TRADE BETWEEN MEMBER STATES

7.3.   THE CONTRACT FOR DIFFERENCE: EXISTENCE OF AN ADVANTAGE

7.6.   EXISTENCE OF AID WITHIN THE MEANING OF ARTICLE 107(1) OF THE TFEU: COMPENSATION IN CASE OF POLITICAL SHUTDOWN (SECRETARY OF STATE AGREEMENT)

7.7.   CFD AND SECRETARY OF STATE AGREEMENT: STATE RESOURCES AND IMPUTABILITY TO THE STATE

7.8.   THE CREDIT GUARANTEE: EXISTENCE OF AN ADVANTAGE FUNDED THROUGH STATE RESOURCES AND IMPUTABLE TO THE STATE

7.9.   DISTORTION OF COMPETITION AND EFFECT ON TRADE

7.10.   GENERAL CONCLUSION ON THE EXISTENCE OF AID

9.5.2.1   The Financial Model and scenario analysis

9.5.3.   Assessment and conclusions on the proportionality of the measures

9.5.3.1   Assessment and conclusions on the Credit Guarantee fee

9.5.3.2   Assessment and conclusions on the Strike Price and the rate of return

9.6.   POTENTIAL DISTORTIONS TO COMPETITION AND TRADE

9.6.1.   Distortions of investment and trade flows

9.6.4.   Advantage to EDF through reduction in hedging costs

Aid to Hinkley Point C in the form of a Contract for Difference, the Secretary of State Agreement and a Credit Guarantee, as well as all related elements, which the UK is planning to implement, is compatible with the internal market within the meaning of Article 107(3)(c) of the Treaty on the Functioning of the European Union.

Implementation of the aid is accordingly authorised.

This Decision is addressed to the United Kingdom of Great Britain and Northern Ireland.

(2)  Baseload generation is typical of plants which have the ability to produce output continuously, and can therefore be relied upon to address the core of demand at any point in time. Nuclear plants are baseload generators and are also characterised by a relatively low variable cost, hence they typically occupy the initial positions in the supply curve.

(3)  The formula employed within the CfD is as follows:

(6)  For a detailed description of the commitment please see Annex C.

(10)  The FFS Failure Condition is that:

(11)  Fixed security attaches to the relevant identified and specific asset immediately upon grant and the chargor may not dispose of the secured asset or otherwise deal with the secured asset without the beneficiary's consent.

(12)  Floating security is granted over a fluctuating class of assets, present and future, belonging to the chargor.

(15)  The secured parties are the Guarantor, the issuer and the Secretary of State for Energy and Climate Change and the Nuclear Decommissioning Fund Company Limited.

(16)  The Secretary of State for Energy and Climate Change and The Nuclear Decommissioning Fund Company Limited in relation to the arrangements in respect of decommissioning Hinkley Point C.

(17)  The levelised cost of electricity (‘LCOE’) is a measure of the cost of producing electricity across a range of technologies, which has the aim of making the comparison of these costs possible, under a number of assumptions.

(29)  Case C-280/00, Altmark Trans GmbH and Regierungspräsidium Magdeburg v Nahverkehrsgesellschaft Altmark GmbH, paragraphs 87 to 93. The ‘Altmark’ criteria have been set out by the Court of Justice to clarify under what circumstances a compensation provided by a public authority for the performance of a Service of General Economic Interest (‘SGEI’) qualifies as State aid under Article 107(1) TFEU.

(40)  See the first paragraph of Section 8.1 in the Opening Decision.

(46)  The particular situation of the UK electricity sector is undergoing is described in Section 2.1 of the Opening Decision.

(48)  The Commission required DECC to run sensitivity analyses using their forecast model and carefully assessed input and output for each of the scenarios. DECC's Dynamic Dispatch Model (DDM) is an integrated power market model covering Great Britain's (‘GB’) power market over the medium to long term. It simulates electricity dispatch from GB power generators and investment decisions in generating capacity from 2010 through to 2049, based on the estimation of electricity demand and supply on a half-hourly basis. Investment decisions are based on projected revenue and cash flow allowing for policy impacts and changes in the generation mix. The DDM therefore enables comparative analysis of the impact of different policy decisions on generation, capacity, costs, prices, security of supply and carbon emissions.

(50)  In particular, the UK has provided the call for interest in the Investment Contract, which was open to all prospective investors, but to which only EDF responded.

(54)  In particular, the punitive scenario made the following assumptions in terms of annual default probabilities and recovery rates:

(57)  This version constituted an update to the notified Financial Model, with further updates to follow. In particular, version 21.10 (of 29 August 2014) shows a project IRR of […] per cent and equity IRR of […] per cent (post-tax nominal) on a drawn basis and […] per cent on a committed basis. Version 21 corresponds to NNBG's baseline scenario and compared to version 5.1 includes several updates related to construction schedule, the impact of financing arrangements, and macroeconomic parameters.

(58)  In particular, the Commission assumed these changes in cash flows occur in the period between 1 January 2017 to 30 June 2023. In this period project nominal cashflows (post cash taxes) are negative in version 9.8 of the Financial Model.

(62)  A similar view emerges from assessing the scenarios provided in Table 8.

(64)  See the pricing methodology of the Waste Contract, available at the following address: https://www.gov.uk/government/uploads/system/uploads/attachment_data/file/42629/3798-waste-transfer-pricing-methodology.pdf

(66)  For a detailed description of the commitment please see Annex C.

(68)  These figures were computed at the time of writing this decision, using Financial Model 21.10 as delivered to the Commission on 19 September 2014.

(70)  The analysis was carried out by the Commission taking into account DECC's model and Pöyry's modelling work.

(72)  The match of delivery to trade dates was carried out using the EFA calendar, at https://www.theice.com/publicdocs/EFA_Calendar.pdf retrieved on 13 June 2014.

(73)  Compass Lexecon submission, ‘Analysis of the impact of HPC on the potential for capacity withholding’, 4 August 2014.

(74)  Ofgem, Decision to make a market investigation reference in respect of the supply and acquisition of energy in Great Britain, 26 June 2014. Available at the following address: https://www.ofgem.gov.uk/publications-and-updates/decision-make-market-investigation-reference-respect-supply-and-acquisition-energy-great-britain

(77)  Table 3 of EDF/NNBG response to questions regarding potential impact on market liquidity, 8 September 2014.

(79)  For a detailed description of the commitment please see Annex C. 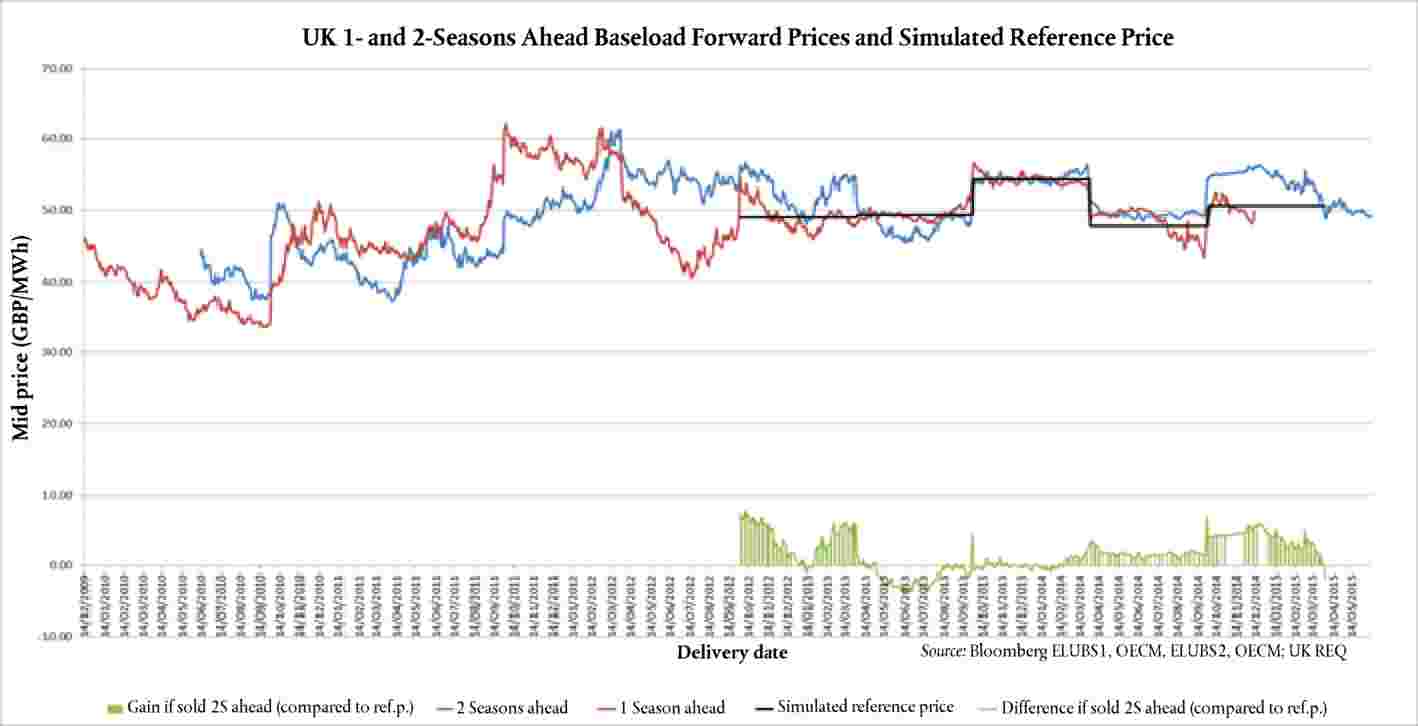 Summary of approaches taken for analysing an appropriate rate of return, by KPMG

Funding profile during construction and DSCR during operations

Summary DDM results for a selection of scenarios

(4)  In tenders for Independent Water and Power Producer (IWPP) contracts in Abu Dhabi, which include a 20 year fixed-price water/power purchase agreement with inflation indexation, ‘the nominal internal rate of return (IRR) on equity is required to be not less than 13 per cent’. These projects will typically involve construction of technically — mature CCGT capacity under a lump sum, date-certain turnkey EPC contract, with provisions to compensate investors for any delays and deviations from the terms of the contract. See Independent water and power producers, Abu Dhabi Regulation & Supervision Bureau, http://rsb.gov.ae/assets/documents/231/infoiwpp.pdf. (Source: UK submission)

(6)  While the UK's submission quotes 9-15 per cent post-tax nominal rates of returns from the source given in (2), the Commission notes that this seems to ignore the ‘regulated and concession’ projects mentioned in that source. The Commission understands from (2) that the regulated and concession activities of GDF-Suez are indicated to realise around 5-13 per cent post-tax nominal project returns, with the most likely range being below 10 per cent.

(9)  https://assets.digital.cabinet-office.gov.uk/media/535a5768ed915d0fdb000003/NIE_Final_determination.pdf. The Commission notes that while Table 13.10 of the quoted document provides a ‘low’ and a ‘high’ estimate for the reported financial indicators, the UK's submission seems to be based on the ‘high’ estimates alone.

(11)  Source was not provided in the submission.

(14)  Nominal values are calculated using an arithmetic approach. A geometric approach would add 0,1 per cent-0,2 per cent to nominal cost of equity and nominal vanilla WACC estimates.

(17)  The value ascribed by the regulator to the capital employed in the licensee's business.

(18)  Where source RAV values are stated in historical price terms, they have been converted to current prices using the ONS RPI index (unless otherwise stated).

(19)  We note that regulated companies' investment expenditure is in diverse, multiple projects that typically form only a small proportion of its RAV.

This table updates the one provided in Annex A of our responses dated 5 September 2014 to show the quantum of the commercial debt tranche distinct from the total debt quantum which, for certain projects, included export credit guaranteed or multilateral debt facilities. 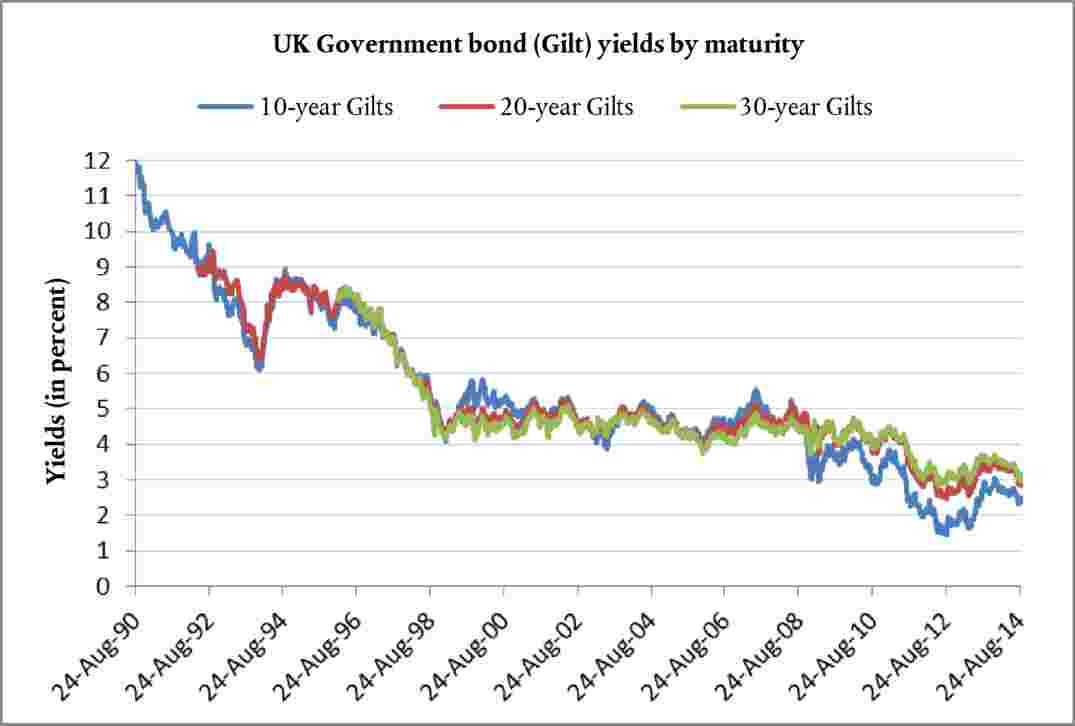 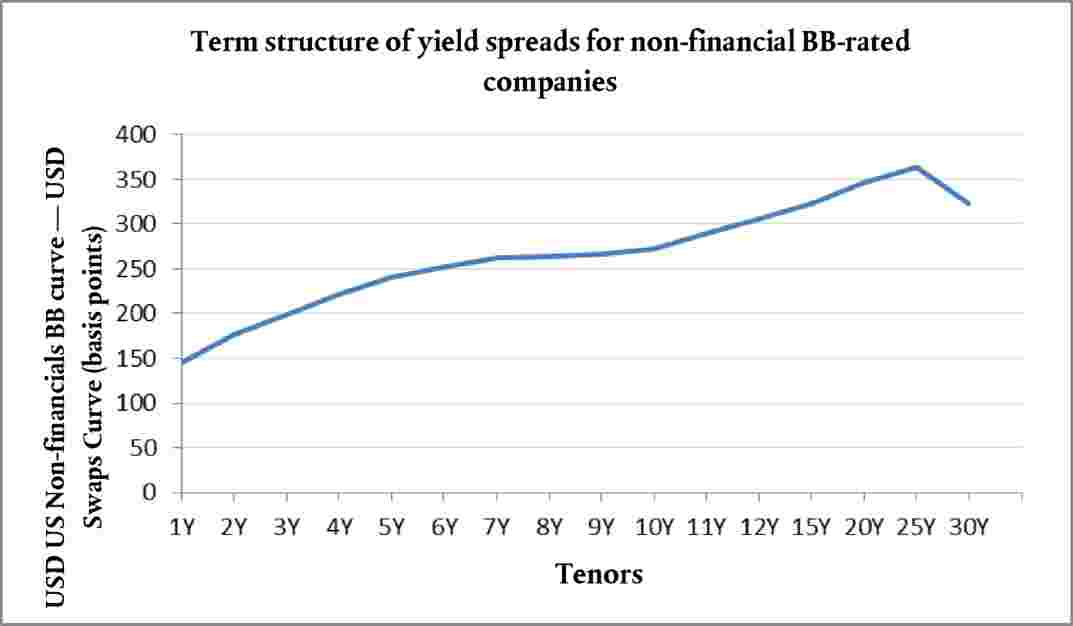 COMMITMENTS PROVIDED BY THE UNITED KINGDOM

‘EDF Group Company’ means a member of the same group of companies as EDF Energy.

1.   Overview of the clause

Any disputes in relation to the Equity Gain Share mechanism will be resolved in accordance with a similar dispute resolution process as is set out in the HPC Contract.

1.   Overview of the clause