Having regard to Regulation (EC) No 999/2001 of the European Parliament and of the Council of 22 May 2001 laying down rules for the prevention, control and eradication of certain transmission spongiform encephalopathies (1), and in particular Article 15(3) thereof,

Without prejudice to Decision 98/256/EC, the United Kingdom shall authorise the uninterrupted transit of live bovine animals (‘the animals’) dispatched from Ireland via the United Kingdom to other Member States, subject to the conditions laid down in this Decision.

The health certificates provided for in Council Directive 64/432/EEC (3) accompanying the animals in transit from Ireland via the United Kingdom to other Member States shall bear the following words:

The transit of the animals from Ireland via the United Kingdom to other Member States, as provided for in Article 1, shall only be allowed provided that at least two working days advance notification is transmitted by the competent authority in Ireland to:

The competent authority of Ireland shall ensure that the vehicle transporting the animals is sealed with an official seal which must remain in place for the entire duration of the transit via the United Kingdom, except for official inspection purposes or in welfare circumstances set out in Article 5.

That seal number(s) shall be recorded by the competent authority of Ireland on the health certificate referred to in Article 2.

Where for emergency welfare reasons or for official inspection purposes, the animals have to be unloaded in the United Kingdom, the transporter shall immediately notify the competent authority of that Member State.

Those animals shall not be permitted to continue their journey unless the following conditions are complied with:

The competent authority of the United Kingdom shall carry out appropriate checks to ensure the implementation of this Decision and in particular to control the integrity of seals, as provided for in Article 5, on vehicles leaving the United Kingdom.

That competent authority shall confirm compliance with this Decision by applying an official stamp on the health certificate referred to in Article 2, or by issuing a supplementary certificate as set out in the Annex.

In cases of non-compliance with this Decision the animals shall not be allowed to continue their journey to their final destination. Such animals may be detained pending, subject to animal and public health considerations, slaughter, destruction or, with the agreement of the Member State of dispatch, return to their place of origin. 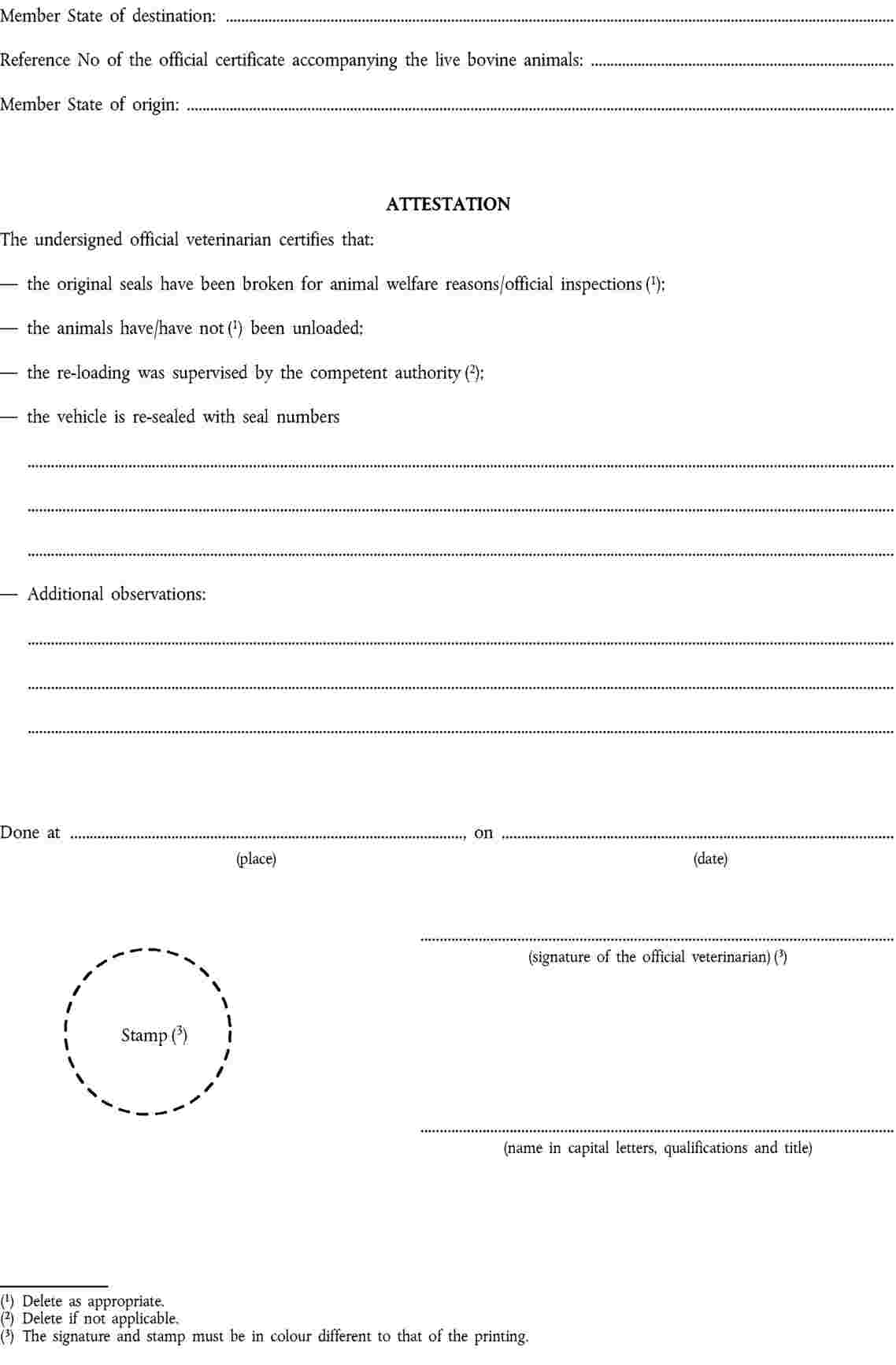