of the one part, and

THE KINGDOM OF NORWAY

of the other part,

HAVING REGARD to the Agreement between the European Economic Community and the Kingdom of Norway signed in Brussels on 14 May 1973, hereinafter called the ‘Agreement’, and in particular to Article 32 thereof,

RECALLING the objective of creating a European Economic Space in accordance with the Joint Declaration adopted by Ministers of the EFTA countries and the Member States of the Community and the Commission of the European Communities in Luxembourg on 9 April 1984,

MINDFUL of the need to develop their trade relations in the interests of both their economies by eliminating existing and preventing any new barriers affecting their exports of products covered by the Agreement,

AWARE nonetheless that under certain exceptional circumstances a Contracting Party may be forced to take safeguard measures on exports and that specific provisions should be introduced to this end,

HAVE DECIDED TO CONCLUDE THIS PROTOCOL:

The following Articles are inserted into the Agreement:

1.   No new quantitative restriction on exports or measures having equivalent effect shall be introduced in trade between the Community and Norway.

2.   Quantitative restrictions on exports and any measures having equivalent effect shall be abolished on 1 January 1990, except for those applied on 1 January 1989 to products listed in Protocol 5 which shall be eliminated in accordance with the provisions of the said Protocol.

A Contracting Party which is considering a change in the arrangements which it applies to exports to third countries shall, as far as may be practicable, notify the Joint Committee not less than 30 days before the proposed change comes into effect. It shall take note of any representations by the other Contracting Party regarding any distortions which may result therefrom.

and where the situations referred to above give rise or are likely to give rise to major difficulties for the exporting Contracting Party, that Contracting Party may take appropriate measures under the conditions and in accordance with the procedures laid down in Article 27.’

The text of Article 27 of the Agreement is replaced by the following:

1.   In the event of a Contracting Party subjecting imports or exports of products liable to give rise to the difficulties referred to in Articles 24, 24a and 26 to an administrative procedure, the purpose of which is to provide rapid information on the trend of trade flows, it shall inform the other Contracting Party.

2.   In the cases specified in Articles 22 to 26, before taking the measures provided for therein or, in cases to which paragraph 3 (e) applies, as soon as possible, the Contracting Party in question shall supply the Joint Committee with all relevant information required for a thorough examination of the situation with a view to seeking a solution acceptable to the Contracting Parties. In the selection of measures, priority must be given to those which least disturb the functioning of the Agreement.

The safeguard measures shall be notified immediately to the Joint Committee and shall be the subject of periodical consultations within the Committee, particularly with a view to their abolition as soon as circumstances permit.

3.   For the implementation of paragraph 2, the following provisions shall apply:

The following text shall be appended to the Agreement as Protocol 5:

concerning the elimination of certain quantitative restrictions on exports

Quantitative restrictions applied by the Community on exports to Norway of the products listed below shall be eliminated at the latest on the dates indicated.

Quantitative restrictions applied by Norway on exports to the Community of the products listed below shall be eliminated at the latest on the dates indicated.

This Supplementary Protocol shall be approved by the Contracting Parties in accordance with their own procedures.

It shall enter into force on 1 January 1990 provided that the Contracting Parties have notified each other before that date that the procedures necessary to this end have been completed.

If the Contracting Parties have not notified the completion of the procedures by that date, this Protocol shall be applied provisionally as from 1 January 1990.

This Supplementary Protocol is drawn up in duplicate in the Danish, Dutch, English, French, German, Greek, Italian, Portuguese, Spanish and Norwegian languages, each of these texts being equally authentic.

Done at Brussels on the twenty-sixth day of July in the year one thousand nine hundred and eighty-nine.

For Rådet for De Europæiske Fællesskaber

For the Council of the European Communities 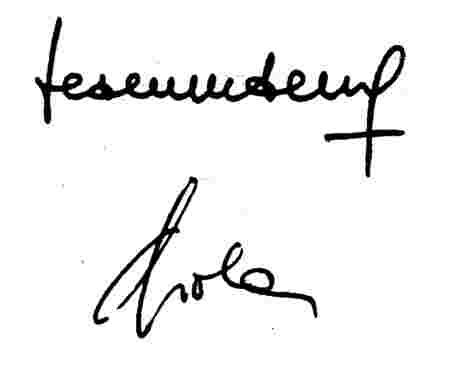 For regeringen for Kongeriget Norge

For the Government of the Kingdom of Norway

JOINT DECLARATION BY THE CONTRACTING PARTIES