Having regard to Regulation (EU) No 1315/2013 of the European Parliament and of the Council of 11 December 2013 on Union guidelines for the development of the trans-European transport network and repealing Decision No 661/2010/EU (1), and in particular Article 47(2) thereof,

1.   This Regulation lays down the timetable for the deployment of the European Rail Traffic Management System ('ERTMS') on core network corridors as set out in Annex I.

2.   This Regulation does not apply to ERTMS on-board implementation laid down in point 7.3.3 of Annex III to Decision 2012/88/EU.

3.   Railway infrastructure managers, acting in cooperation, shall make an effort to equip and put into operation ERTMS on cross-border sections simultaneously, in a technically consistent manner. The railway infrastructure managers shall, after having consulted the railway undertakings affected, sign an agreement on technical and operational aspects of the deployment for each cross-border section. The railway infrastructure managers shall conclude such an agreement not later than one year before the earlier of the deployment dates for the given cross-border section. This agreement shall provide transitional provisions for taking into account the needs of the railway undertakings' cross-border operations. In case of a disagreement, the Member States concerned shall initiate an active dialogue in order to find common convergent solutions. They may request support from the Commission. The Member States shall notify such agreements to the Commission not later than one month after the conclusion.

5.   Member States may decide to keep the existing Class B systems, as defined in point 2.2 of the Annex to Regulation (EU) 2016/919. However, by the dates set out in Annex I, the vehicles referred to in point 1.1 of the Annex to Regulation (EU) 2016/919 which are equipped with ERTMS in a version compatible with the track-side equipment, shall be given access to those lines and to the infrastructure components as referred to in Article 11 of Regulation (EU) No 1315/2013 without requiring them to be equipped with a Class B system.

1.   Once ERTMS is put into operation on a core network corridor section, the Member State concerned shall notify the Commission of that fact within one month, through the systems established under Article 49(1) of Regulation (EU) No 1315/2013 and Article 5(1) of Commission Implementing Decision 2014/880/EU (8).

2.   Member States shall notify the Commission of any delays in putting ERTMS in operation on a given core network corridor section to be equipped. The railway infrastructure managers shall inform the Member States about those delays accordingly.

3.   When notifying the delays referred in paragraph 2, the Member State concerned shall send to the Commission a file containing a technical description of the project and specifying a new date for putting ERTMS into operation. The file shall specify the causes for the delay and shall indicate the corrective measures taken by the railway infrastructure manager.

4.   If the delay results from an exceptional circumstance, the Commission may accept to postpone the relevant date by a maximum of three years. If a postponement is granted, the Member State shall make the necessary amendments to its national implementation plan as referred to in point 7.4.4 of the Annex to Regulation (EU) 2016/919 within one month of granting that postponement.

Exceptional circumstance referred to in the first subparagraph means a circumstance resulting from the planning phase and which is related to specific geological findings, environmental or species protection, archaeological finds, permitting procedures, implementation of an environmental impact assessment pursuant to Directive 2014/52/EU of the European Parliament and of the Council (9); or a circumstance resulting from the construction and authorisation phases that are out of the control of the project promoter and do not fall into the category of the usual risks that should be addressed at project management level in this type of projects.

5.   If ERTMS specifications set out in Regulation (EU) 2016/919 are changed by legislative act in an incompatible way the Member States shall provide the Commission with an analysis of the impact of the application of the modified legal reference on their network and on the ERTMS planning without unreasonable delay, but at latest at the time of the formal opinion of the Committee referred to in Article 51 of Directive (EU) 2016/797. If a direct impact of the changes can be demonstrated in terms of cost or timeline for specific implementations, Annex I shall be adapted accordingly.

Not later than 31 December 2023, the Commission shall, after consultation with the Member States, and with the assistance of the European ERTMS Coordinator referred to in Article 45 of Regulation (EU) No 1315/2013, carry out a review of the dates after 1 January 2024 that are laid down in Annex I to this Regulation.

References to Annex III to Decision 2012/88/EU shall be construed as references to this Regulation and shall be read in accordance with the correlation table in Annex II.

This Regulation shall enter into force on 26 January 2017. 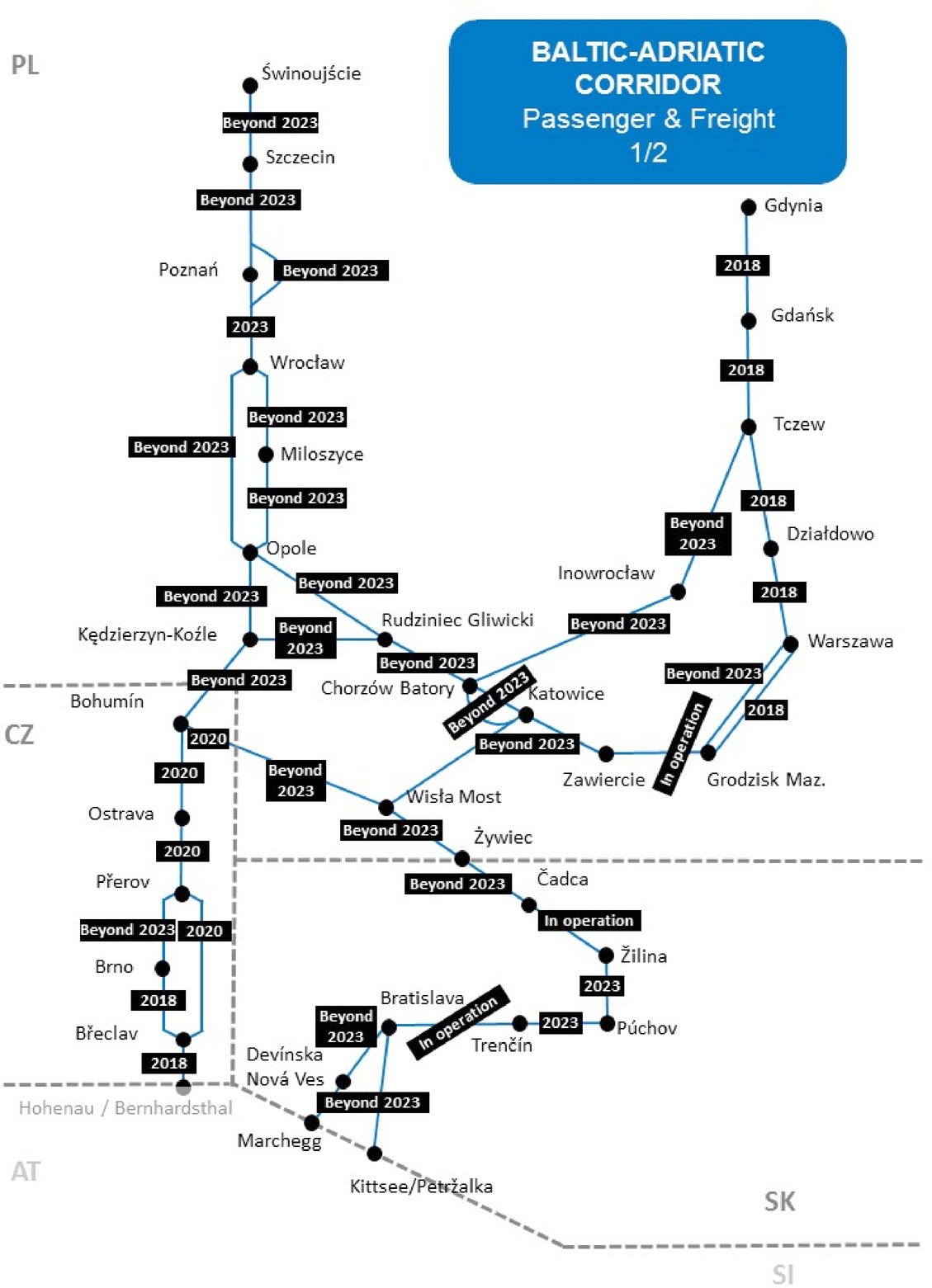 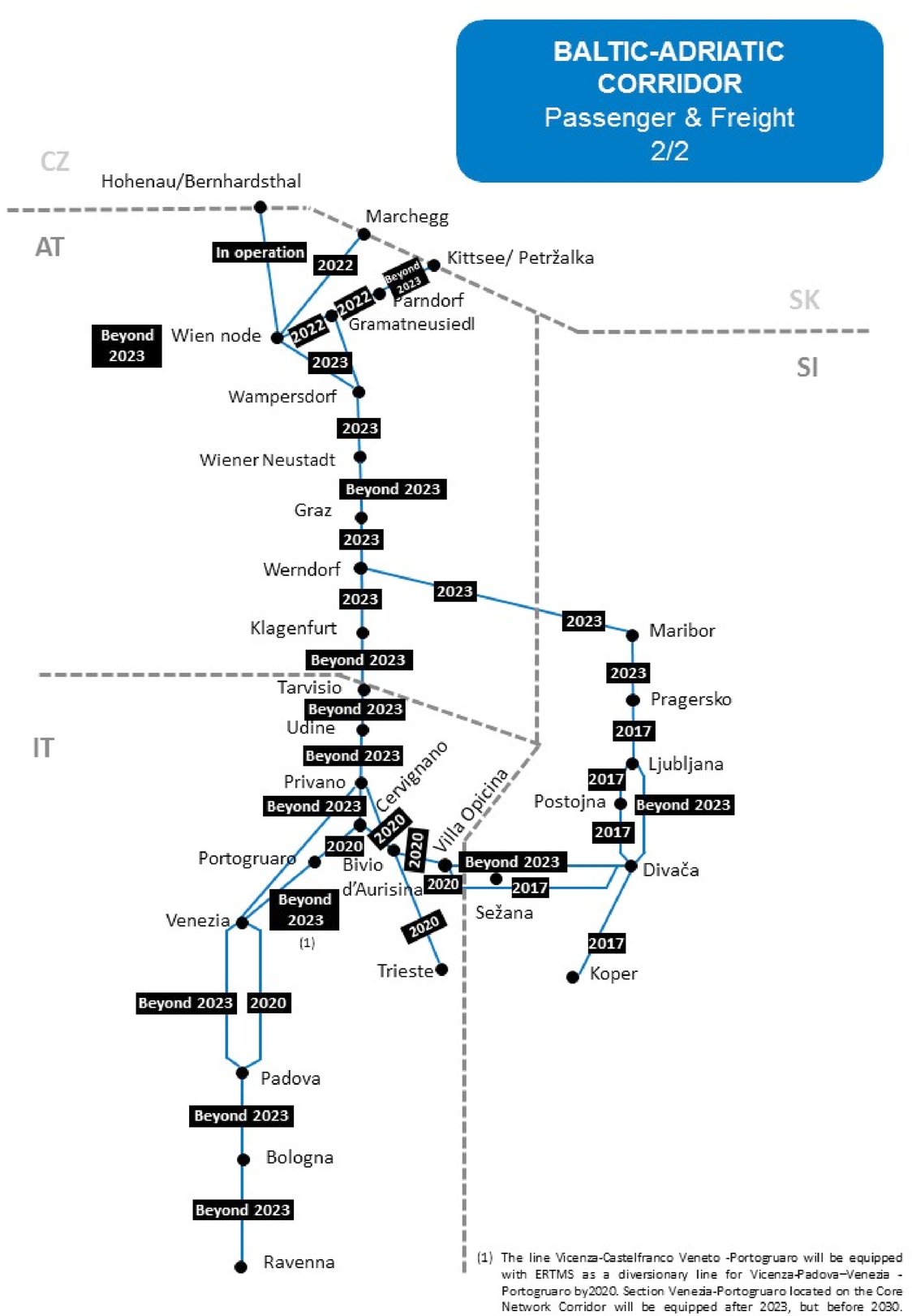 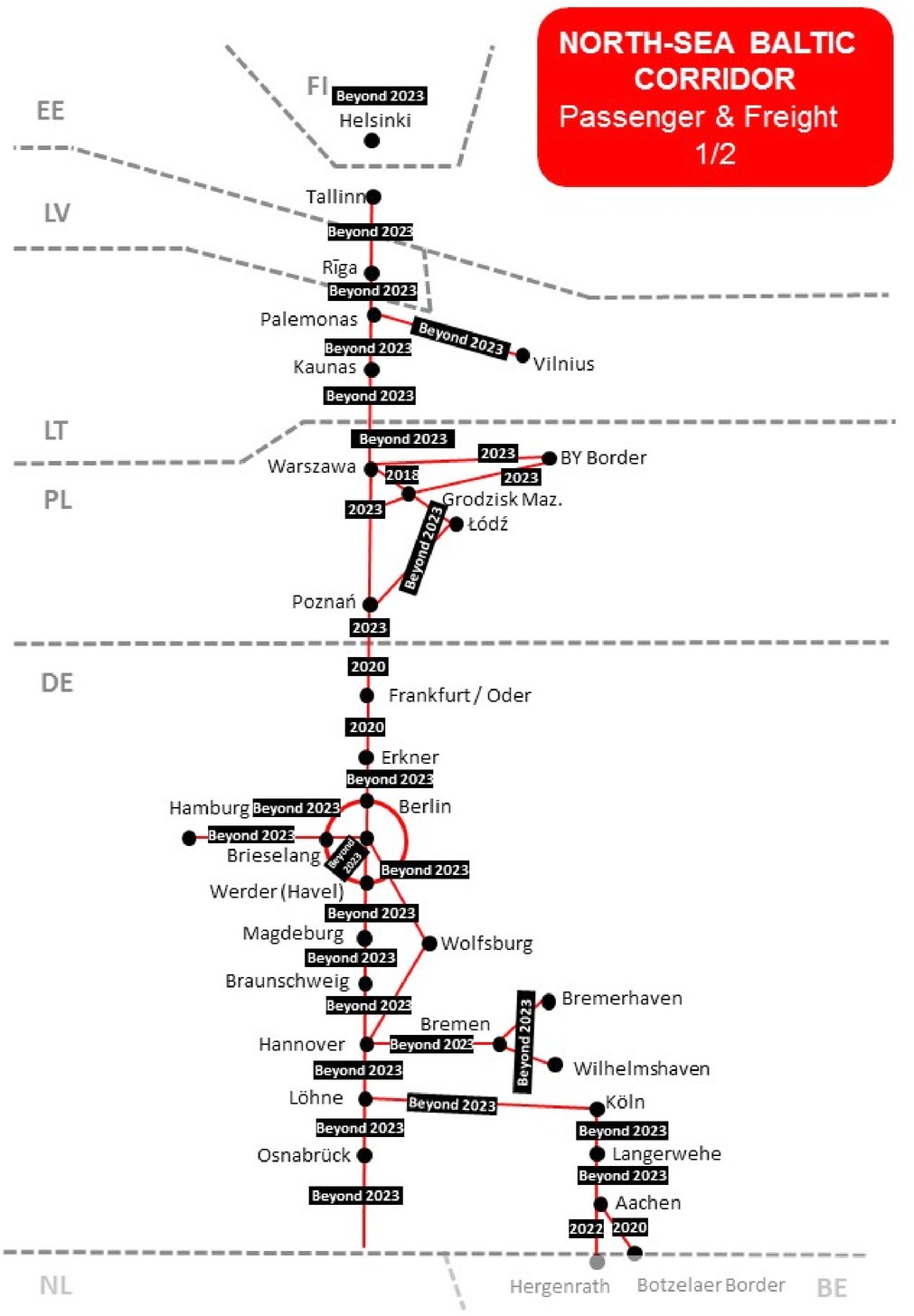 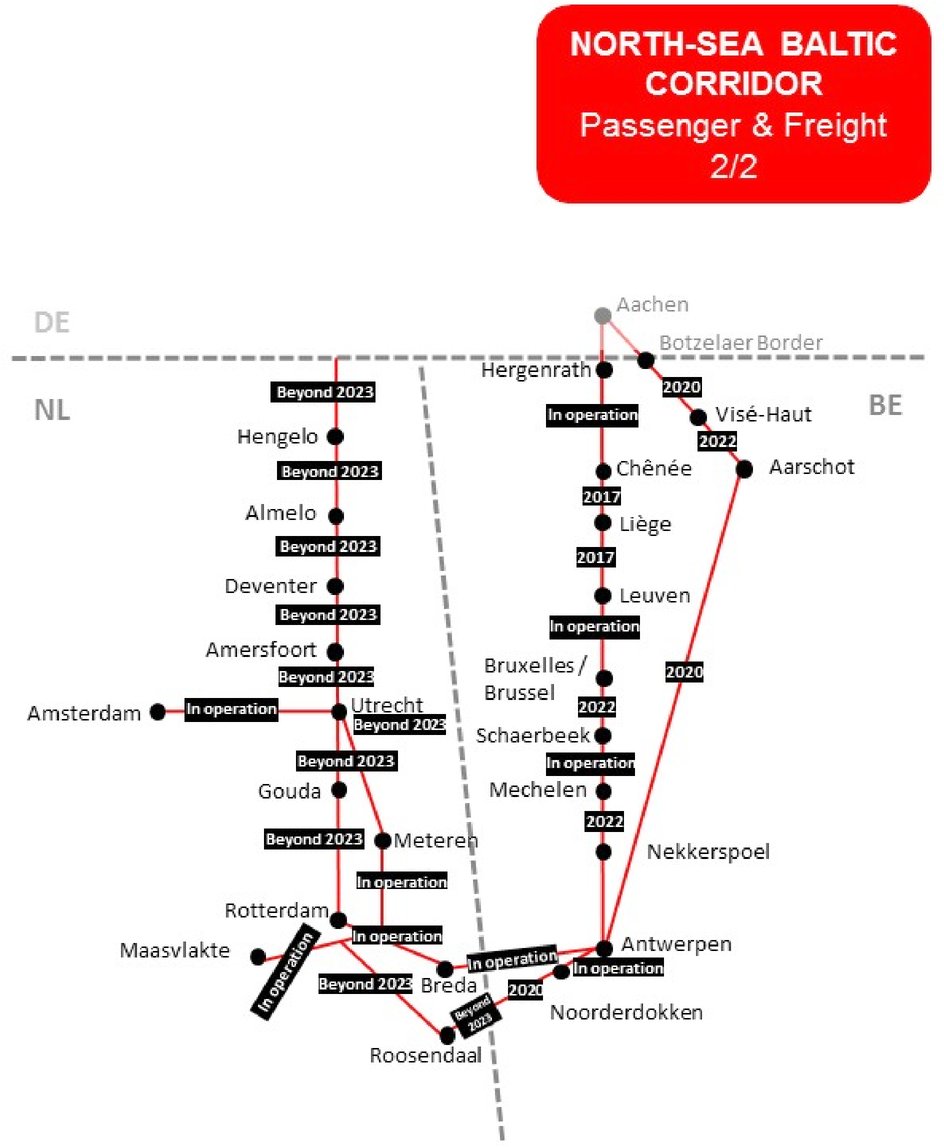 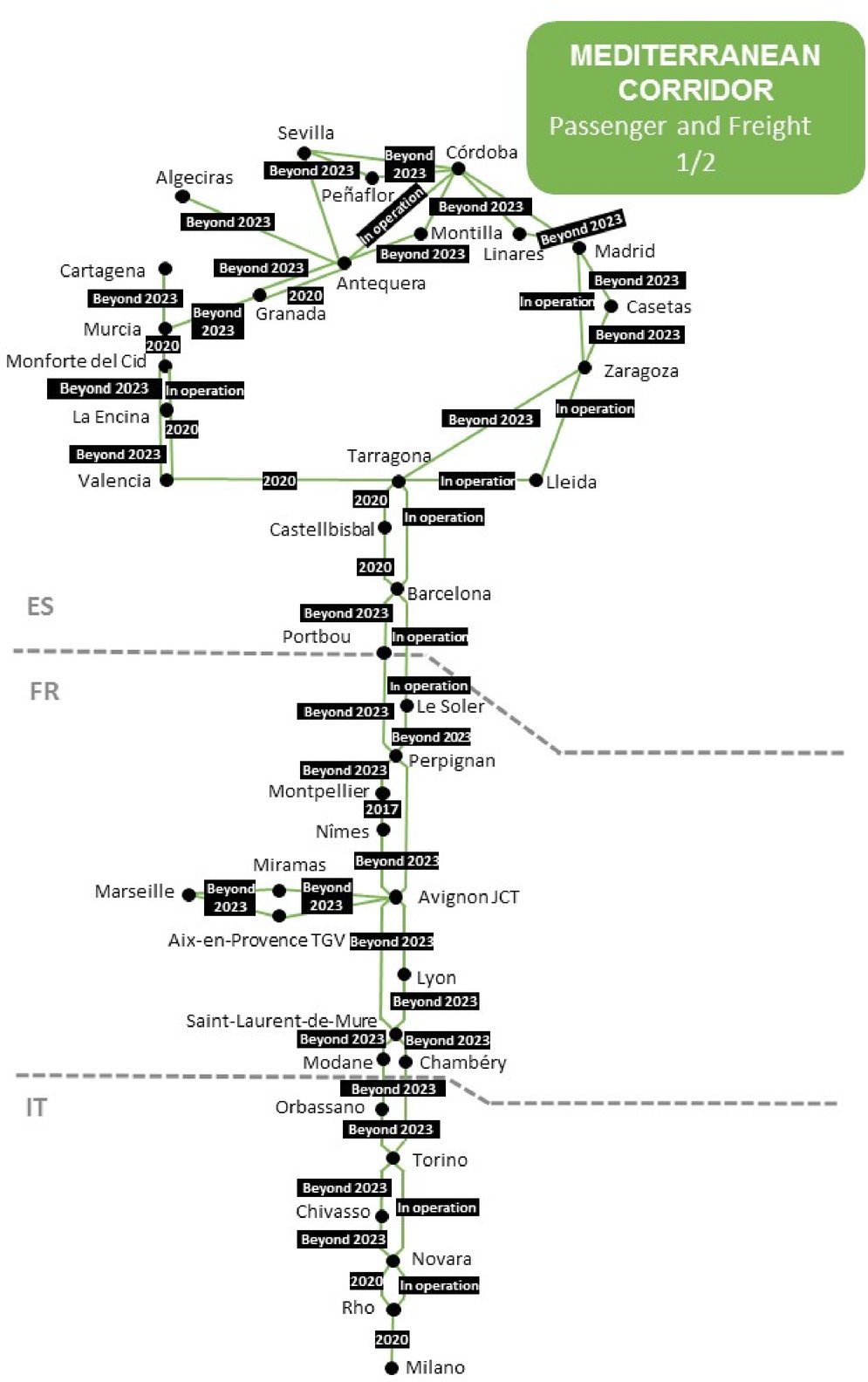 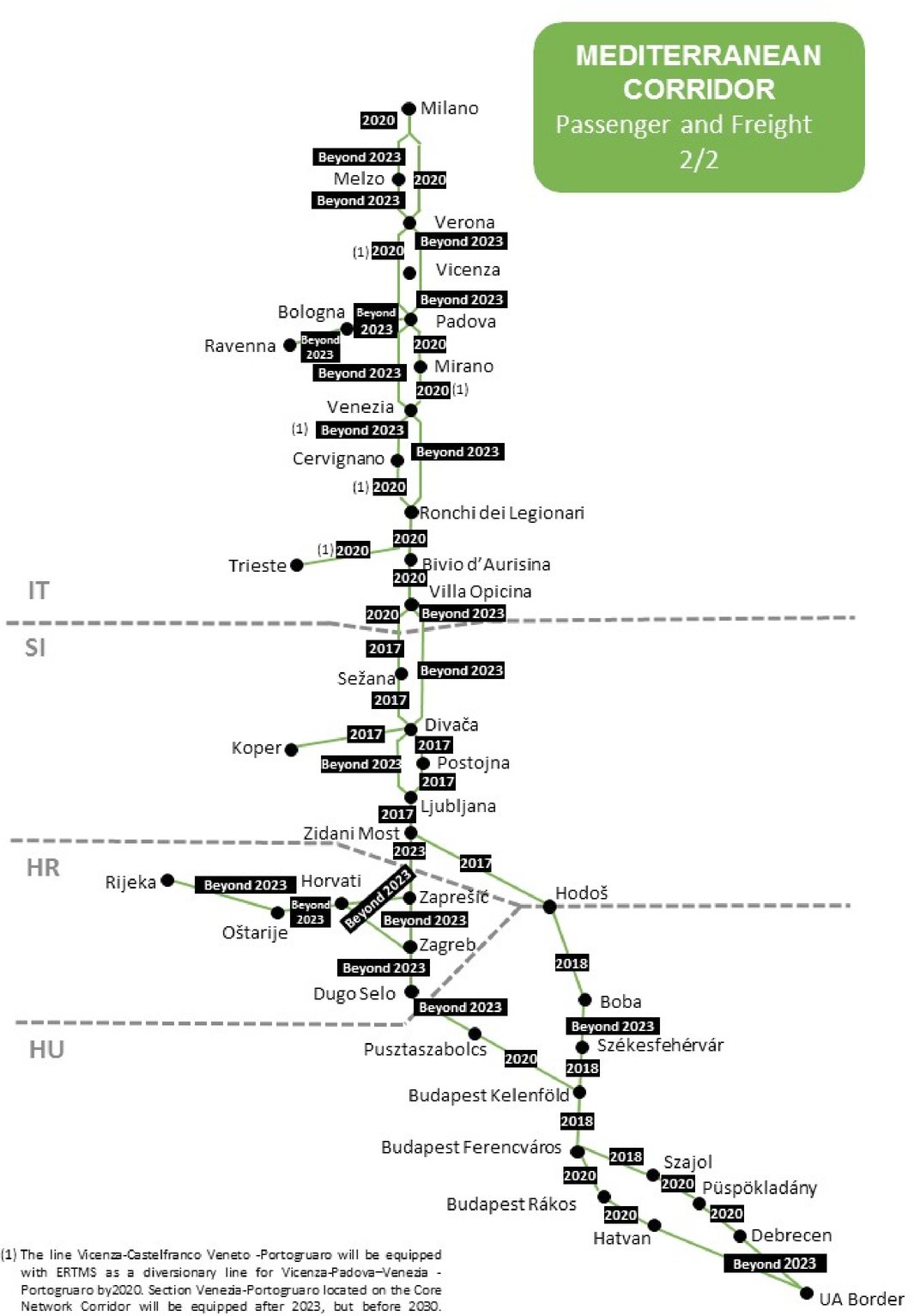 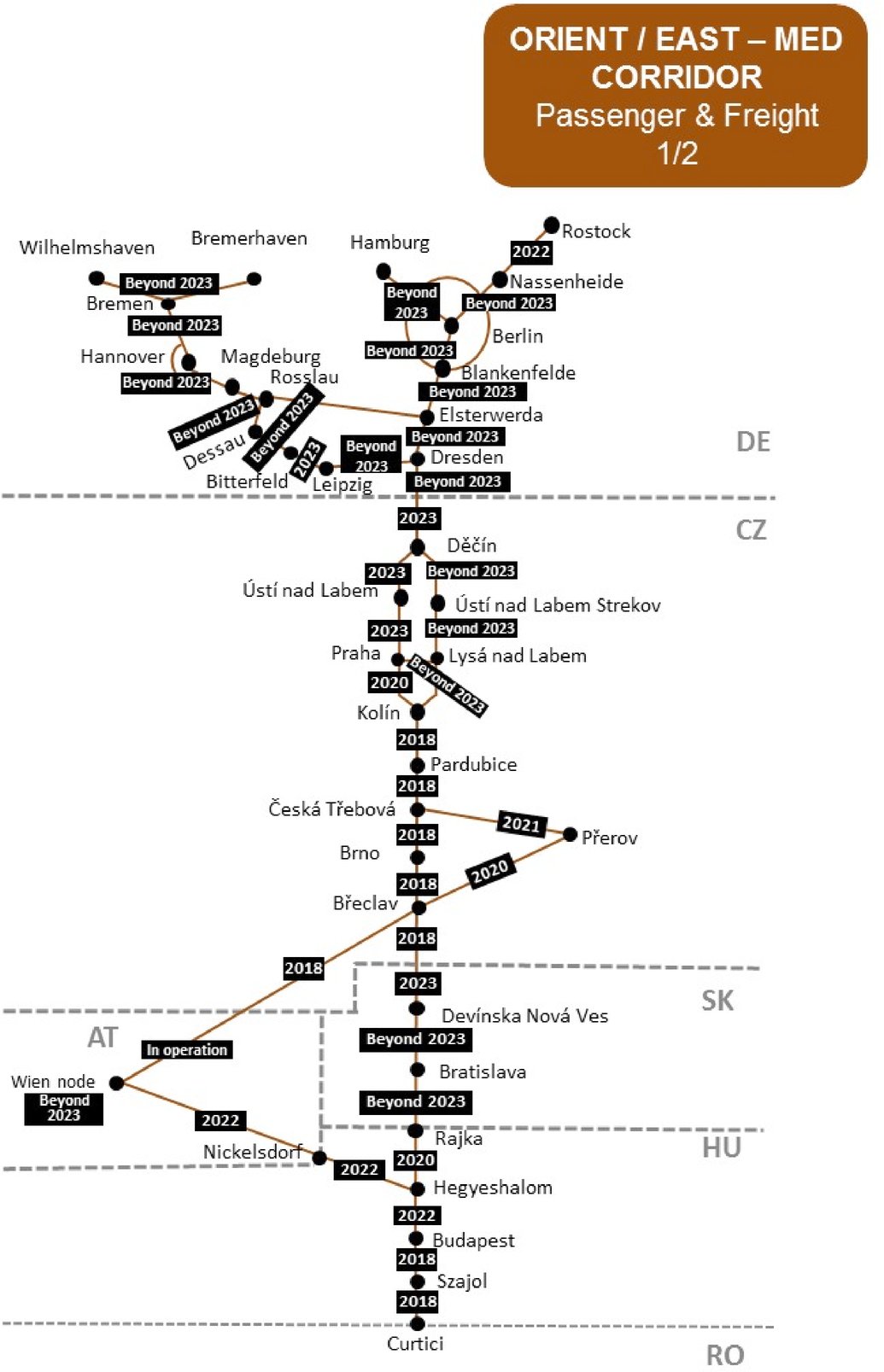 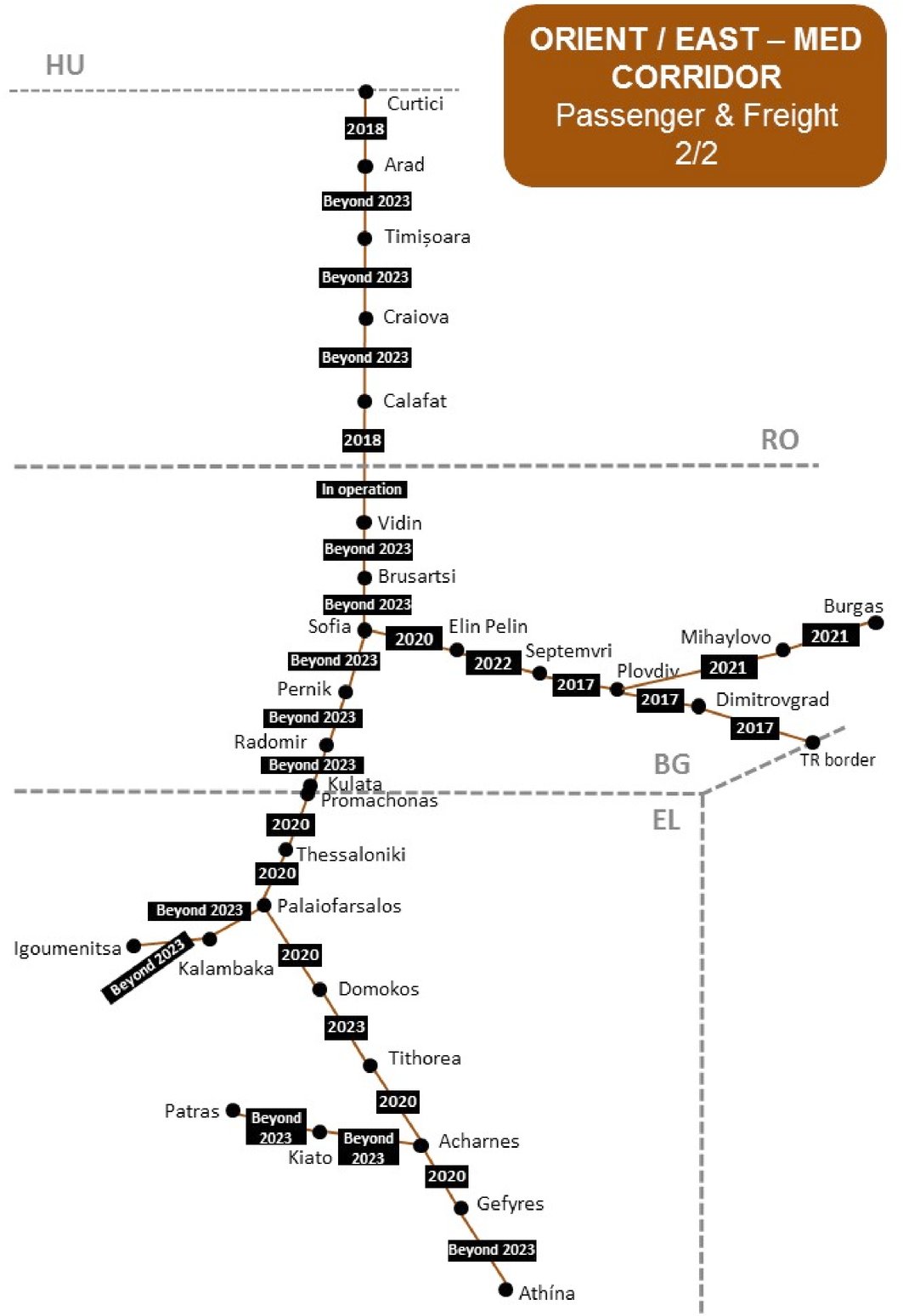 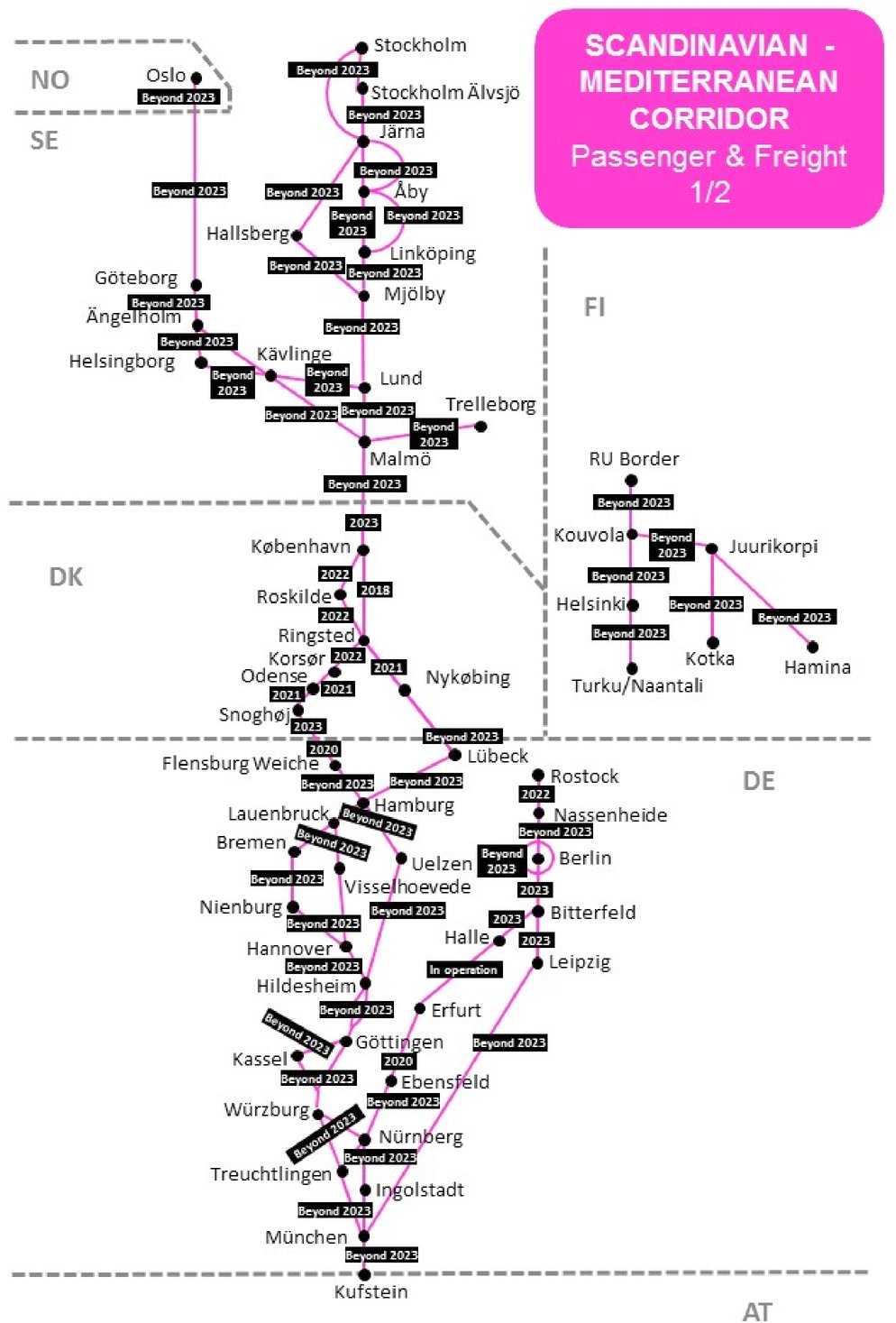 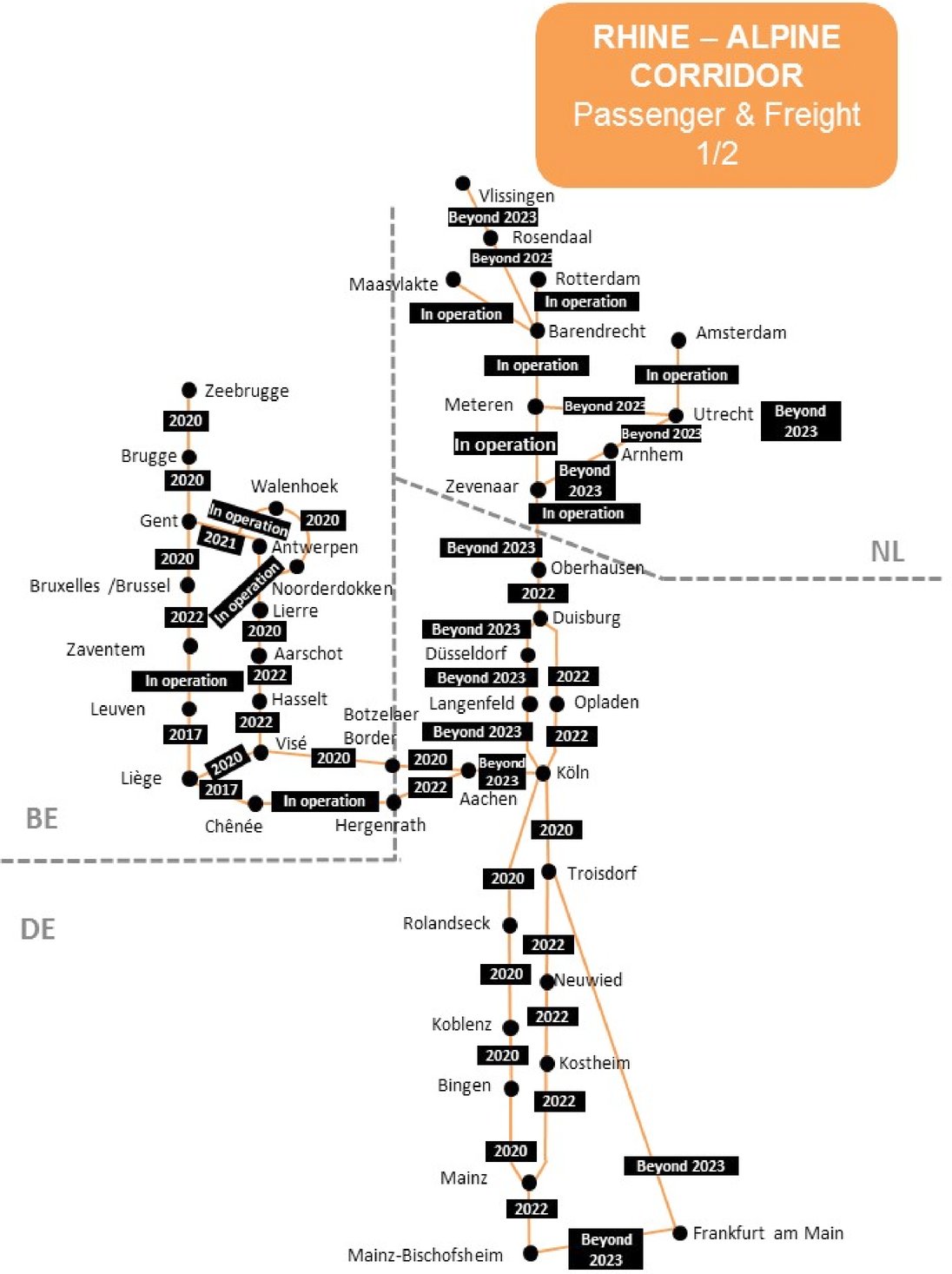 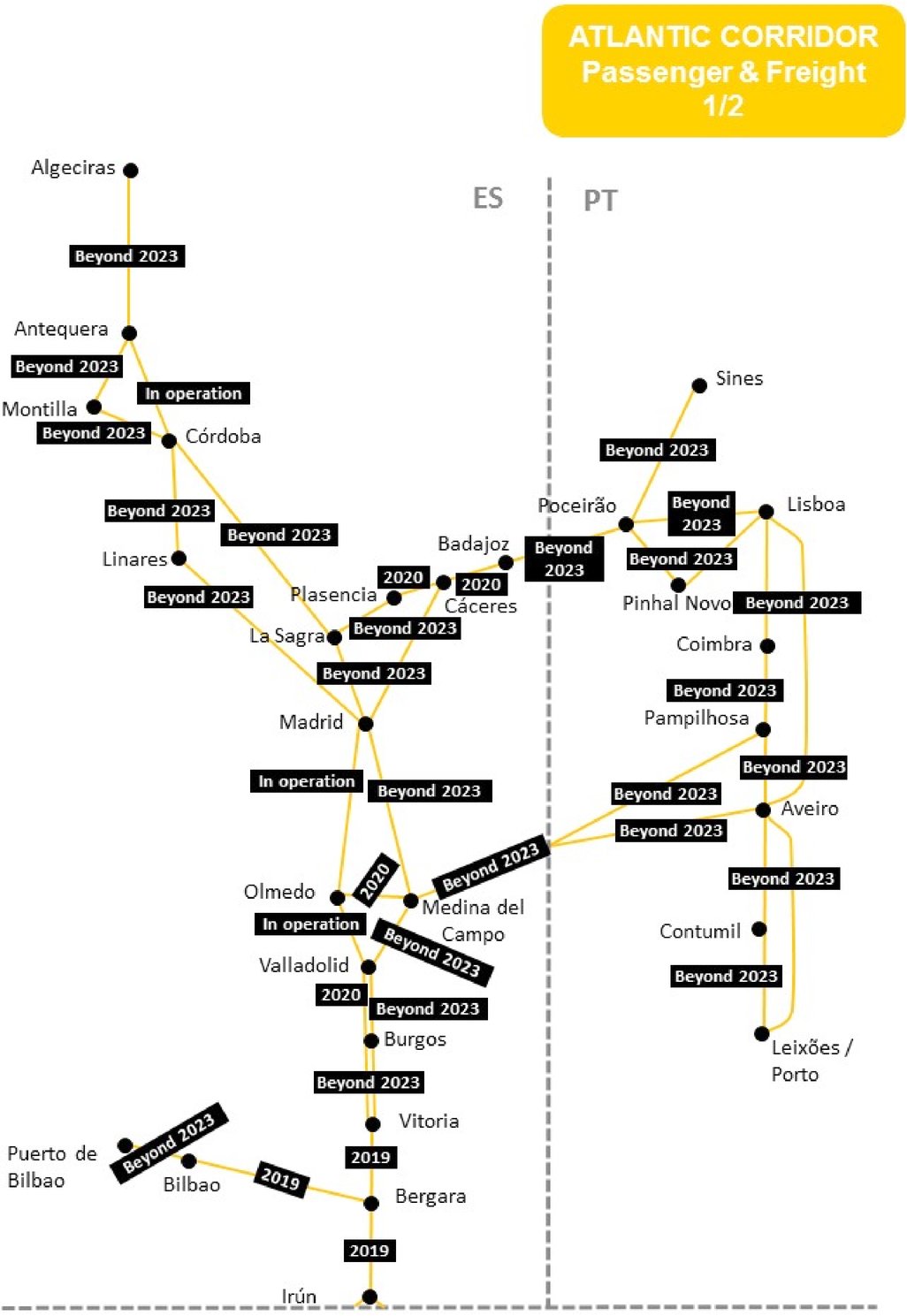 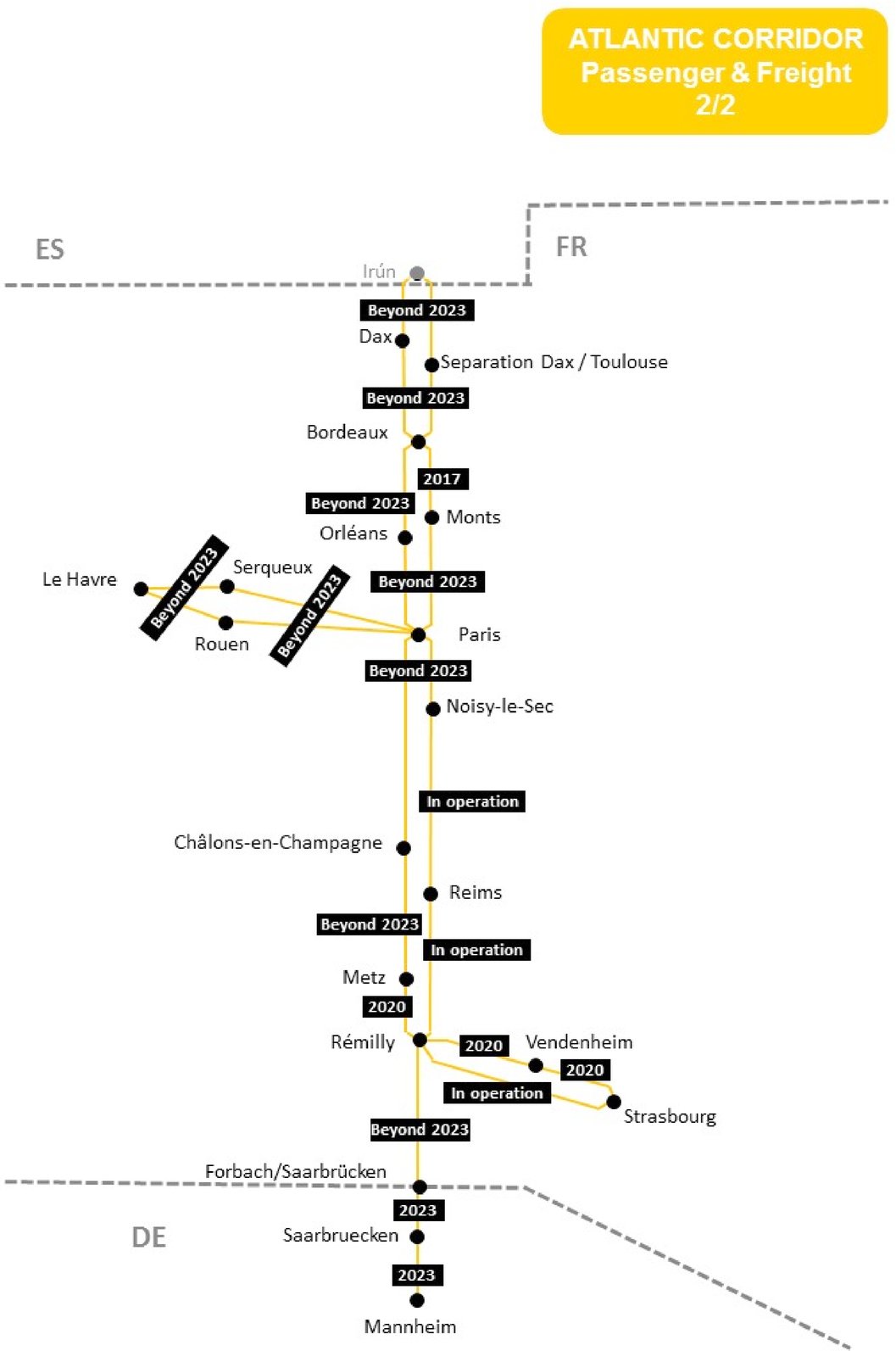 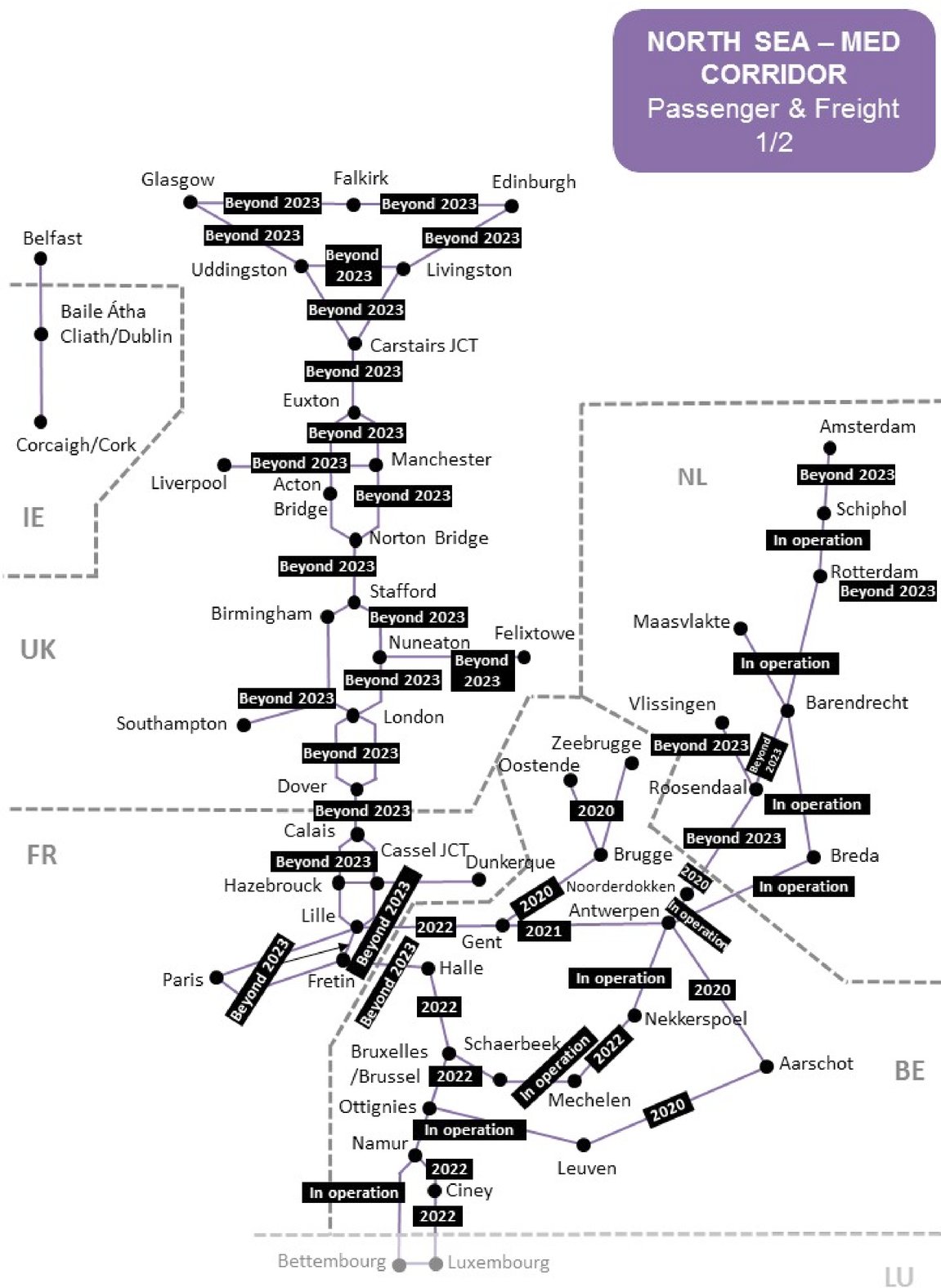 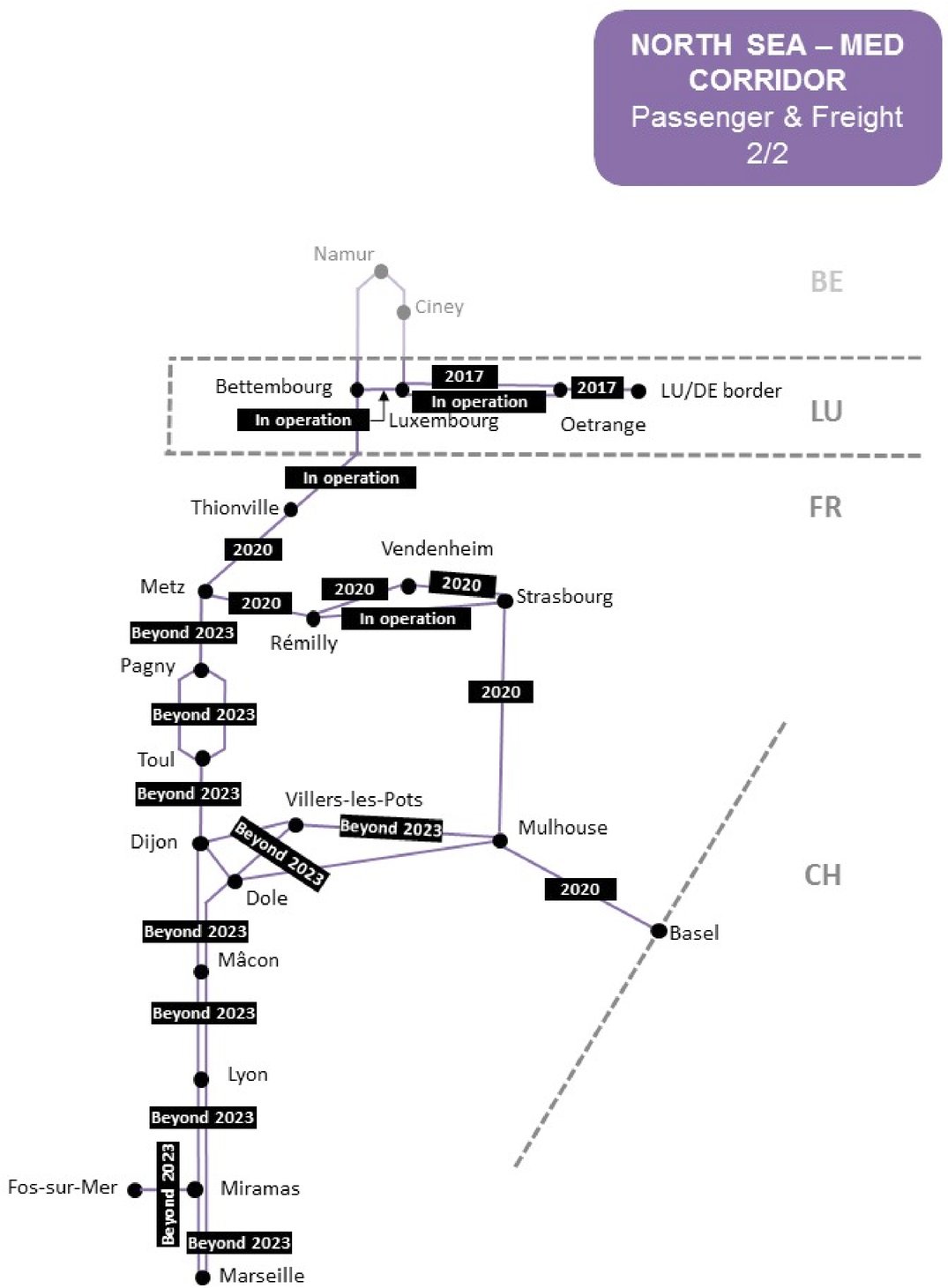 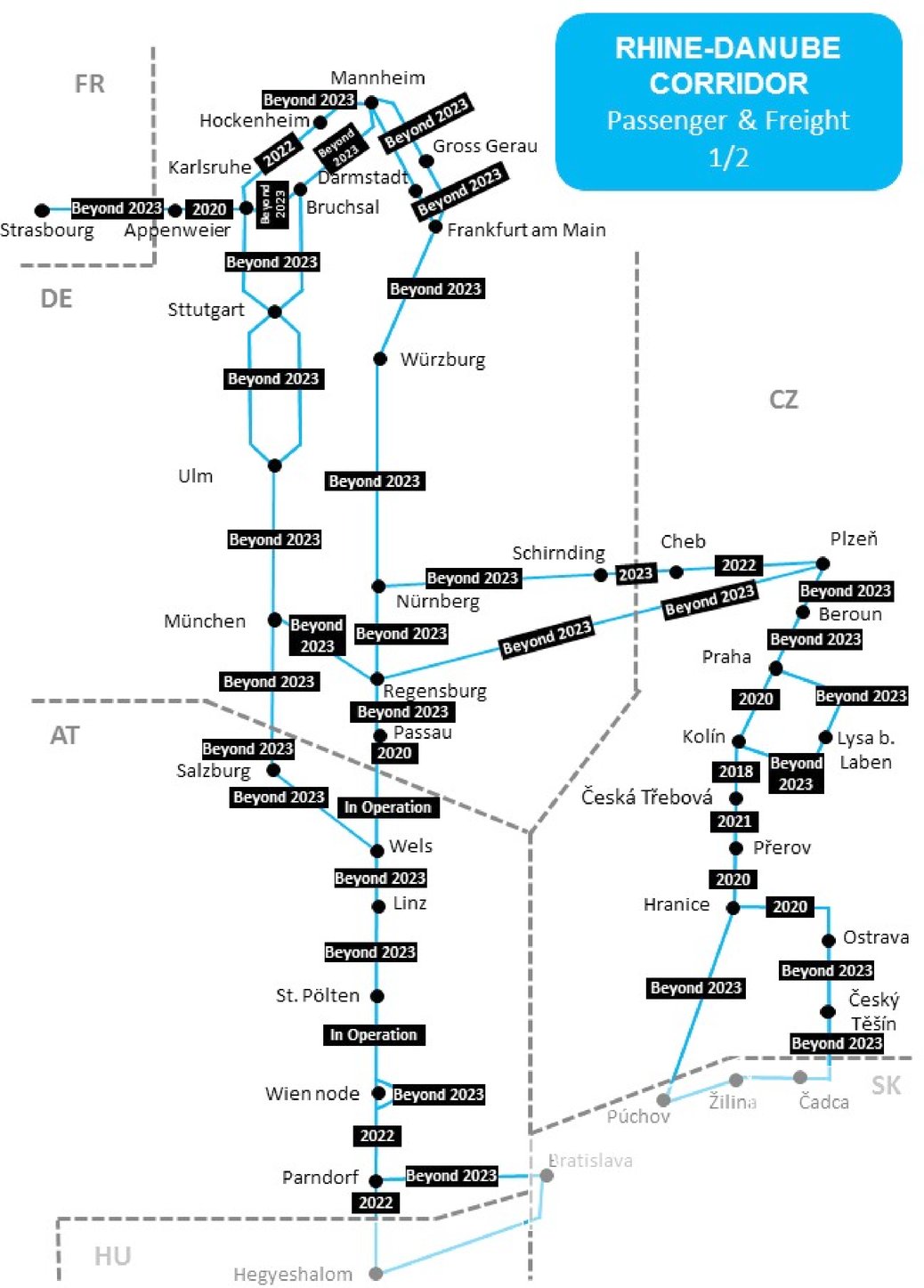