Having regard to Regulation (EC) No 882/2004 of the European Parliament and of the Council of 29 April 2004 on official controls performed to ensure the verification of compliance with feed and food law, animal health and animal welfare rules (1), and in particular Article 48(1) thereof,

This Regulation shall apply to consignments of sprouts or seeds intended for the production of sprouts imported into the Union excluding sprouts which have undergone a treatment which eliminates microbiological hazards compatible with European Union legislation.

For the purposes of this Regulation:

1.   Consignments of sprouts or seeds intended for the production of sprouts imported into the Union and originating in or dispatched from third countries shall be accompanied by a certificate in accordance with the model set out in the Annex, attesting that the sprouts or seeds were produced under conditions which comply with the general hygiene provisions for primary production and associated operations set out in Part A of Annex I to Regulation (EC) No 852/2004 and the sprouts were produced under conditions which comply with the traceability requirements laid down in Implementing Regulation (EU) No 208/2013, have been produced in establishments approved in accordance with the requirements laid down in Article 2 of Commission Regulation (EU) No 210/2013 (7) and respect the microbiological criteria laid down in Annex I to Regulation (EC) No 2073/2005.

For a transitional period until 1 July 2013, consignments of sprouts or seeds intended for the production of sprouts originating in or dispatched from third countries may continue to be imported into the Union without the certificate provided for in Article 3. 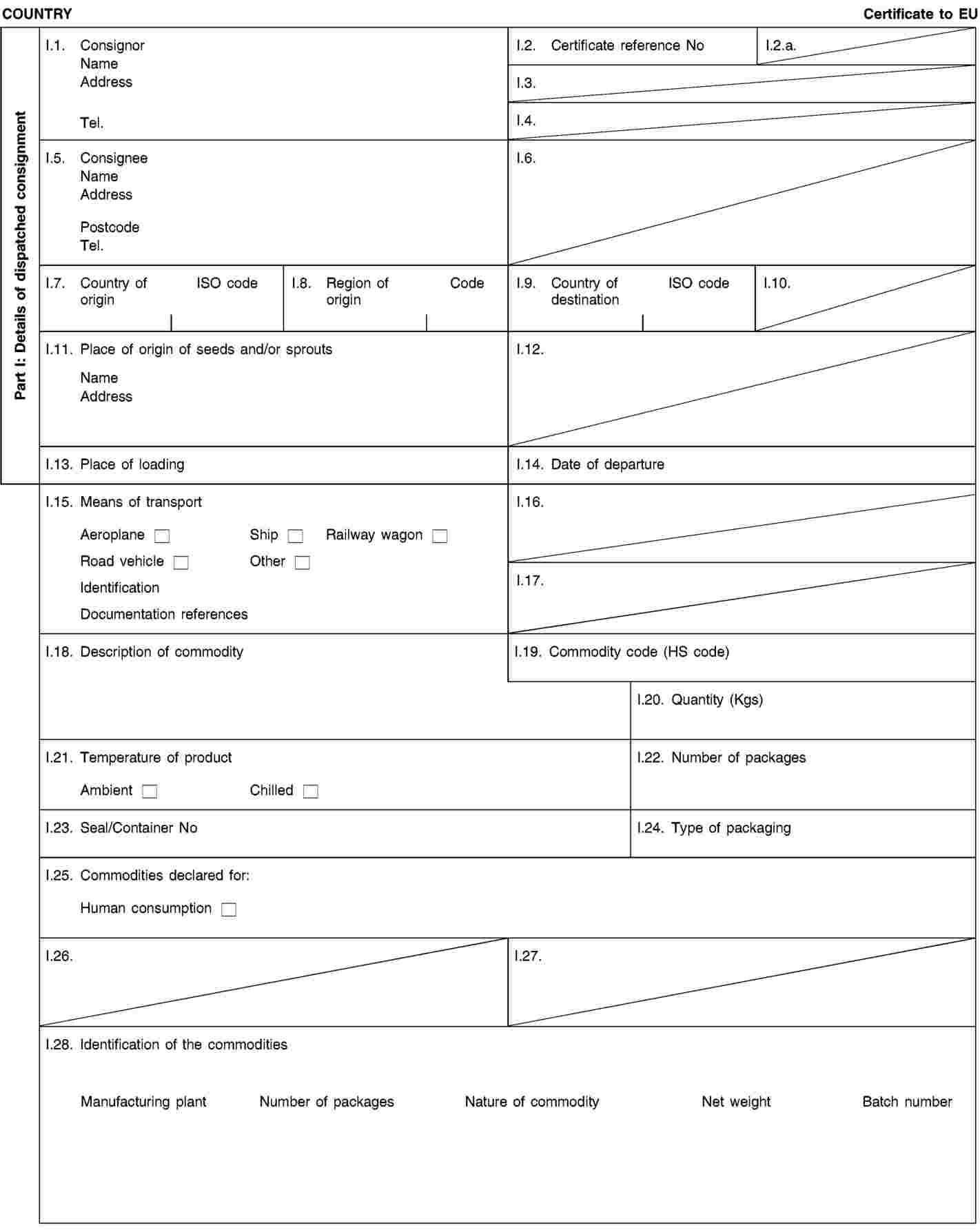 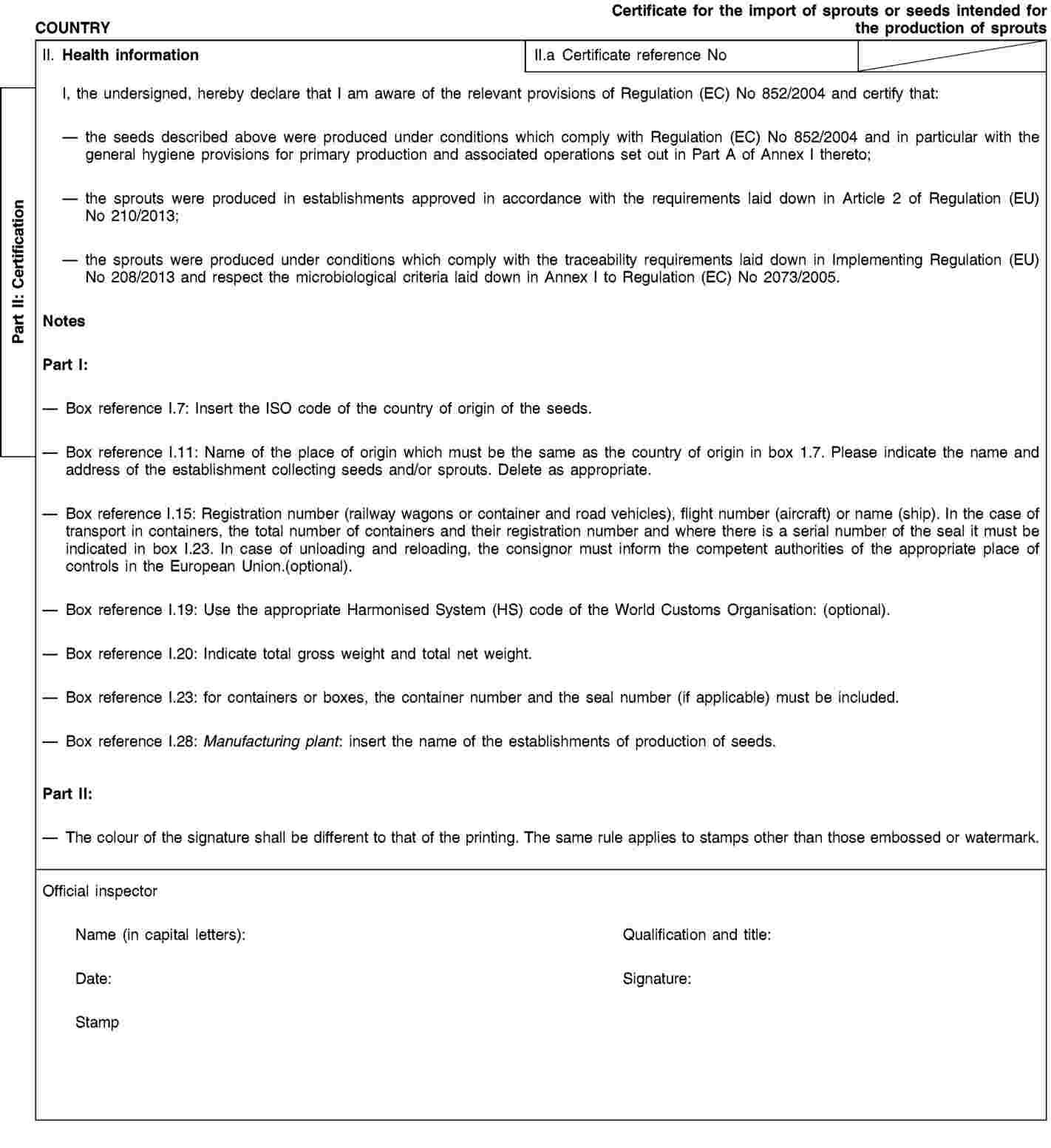