THE EUROPEAN UNION, hereinafter referred to as ‘the Union’ or ‘the EU’, and

THE REPUBLIC OF COLOMBIA, hereinafter referred to as ‘Colombia’,

hereinafter referred to jointly as the ‘Contracting Parties’,

WITH A VIEW TO further developing friendly relations between the Contracting Parties and desiring to facilitate travel by ensuring visa-free entry and short stay for their citizens,

BEARING IN MIND that Article 1 of Regulation (EU) No 509/2014 states that for those 19 countries, the exemption from the visa requirement shall apply from the date of entry into force of an agreement on visa exemption to be concluded with the Union,

DESIRING to safeguard the principle of equal treatment of all EU citizens,

TAKING INTO ACCOUNT that persons travelling for the purpose of carrying out a paid activity during their short stay are not covered by this Agreement and therefore for that category the relevant rules of Union law and national law of the Member States and the national law of Colombia on the visa obligation or exemption and on the access to employment continue to apply,

TAKING INTO ACCOUNT the Protocol on the position of the United Kingdom and Ireland in respect of the area of freedom, security and justice and the Protocol on the Schengen acquis integrated into the framework of the European Union, annexed to the Treaty on European Union and the Treaty on the Functioning of the European Union, and confirming that the provisions of this Agreement do not apply to the United Kingdom and Ireland,

For the purpose of this Agreement:

1.   Citizens of the Union holding a valid ordinary, diplomatic, service, official or special passport issued by a Member State may enter and stay without a visa in the territory of Colombia for the period of stay as defined in Article 4(1).

Citizens of Colombia holding a valid ordinary, diplomatic, service, official or special passport issued by Colombia may enter and stay without a visa in the territory of the Member States for the period of stay as defined in Article 4(2).

2.   Paragraph 1 of this Article does not apply to persons travelling for the purpose of carrying out a paid activity.

For that category of persons, each Member State individually may decide to impose a visa requirement on the citizens of Colombia or to withdraw it in accordance with Article 4(3) of Council Regulation (EC) No 539/2001 (2).

For that category of persons, Colombia may decide on the visa requirement or the visa waiver for the citizens of each Member State individually in accordance with its national law.

3.   The visa waiver provided for by this Agreement shall apply without prejudice to the laws of the Contracting Parties relating to the conditions of entry and short stay. The Member States and Colombia reserve the right to refuse entry into and short stay in their territories if one or more of these conditions is not met.

4.   The visa waiver applies regardless of the mode of transport used to cross the borders of the Contracting Parties.

1.   Citizens of the Union may stay in the territory of Colombia for a maximum period of 90 days in any 180-day period.

3.   This Agreement does not affect the possibility for Colombia and the Member States to extend the period of stay beyond 90 days in accordance with their respective national laws and Union law.

Joint Committee for the management of the Agreement

1.   The Contracting Parties shall set up a Joint Committee of experts (hereinafter referred to as the ‘Committee’), composed of representatives of the Union and representatives of Colombia. The Union shall be represented by the European Commission.

2.   The Committee shall have the following tasks:

3.   The Committee shall be convened whenever necessary, at the request of one of the Contracting Parties.

4.   The Committee shall establish its rules of procedure.

This Agreement shall take precedence over any bilateral agreements or arrangements concluded between individual Member States and Colombia, in so far as they cover issues falling within the scope hereof.

Pending its entry into force, this Agreement shall be applied as from the day following the date of signature hereof.

2.   This Agreement is concluded for an indefinite period, unless terminated in accordance with paragraph 5.

5.   Each Contracting Party may terminate this Agreement by giving written notice to the other Party. This Agreement shall cease to be in force 90 days thereafter.

6.   Colombia may suspend or terminate this Agreement only in respect of all the Member States.

7.   The Union may suspend or terminate this Agreement only in respect of all of its Member States.

Done at Brussels on the second day of December in the year two thousand and fifteen.

For the European Union 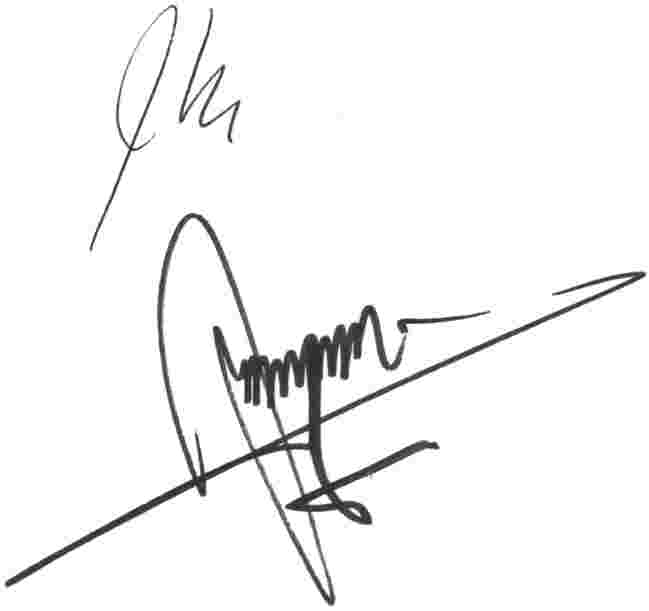 For the Republic of Colombia

JOINT DECLARATION WITH REGARD TO ICELAND, NORWAY, SWITZERLAND AND LIECHTENSTEIN

The Contracting Parties take note of the close relationship between the European Union and Norway, Iceland, Switzerland and Liechtenstein, particularly by virtue of the Agreements of 18 May 1999 and 26 October 2004 concerning the association of those countries with the implementation, application and development of the Schengen acquis.

In such circumstances it is desirable that the authorities of Norway, Iceland, Switzerland, and Liechtenstein, on the one hand, and Colombia, on the other hand, conclude, without delay, bilateral agreements on the short-stay visa waiver in terms similar to those of this Agreement.

This category should not cover:

The implementation of this Declaration shall be monitored by the Joint Committee within its responsibility under Article 6 of this Agreement, which may propose modifications when, on the basis of the experiences of the Contracting Parties, it considers it necessary.

The notion of ‘any’ implies the application of a moving 180-day reference period, looking backwards at each day of the stay into the last 180-day period, in order to verify if the 90 days in any 180-day period requirement continues to be fulfilled. inter alia, it means that an absence for an uninterrupted period of 90 days allows for a new stay for up to 90 days.

JOINT DECLARATION ON INFORMING CITIZENS ABOUT THE VISA WAIVER AGREEMENT

Recognising the importance of transparency for the citizens of the European Union and the citizens of Colombia, the Contracting Parties agree to ensure full dissemination of information about the content and consequences of the visa waiver agreement and related issues, such as the entry conditions.

The Republic of Colombia as a Contracting Party declares that it has awarded a contract concerning the production of biometric passports and commits to begin issuing biometric passports to its citizens by 31 August 2015 at the latest. These passports will comply fully with ICAO requirements stipulated in ICAO Doc 9303.

The Contracting Parties agree that failure to begin introducing biometric passports by 31 December 2015 constitutes sufficient ground for suspending this Agreement in accordance with the procedure laid down in Article 8(4) hereof.

The Contracting Parties recall their commitment with regard to the readmission of their irregular migrants, as provided for in Article 49(3) of the Political Dialogue and Cooperation Agreement between the European Community and its Member States, of the one part, and the Andean Community and its member countries, of the other part, which was signed on 15 December 2003.

The Contracting Parties agree that such a readmission agreement would be an important element strengthening the mutual commitments taken in this Agreement and that failure to conclude such a readmission agreement upon request of either Contracting Party constitutes sufficient ground for suspending this Agreement in accordance with the procedure laid down in Article 8(4) hereof.