In force: This act has been changed. Current consolidated version: 27/02/2022

regarding imports of live, chilled, frozen or processed bivalve molluscs, echinoderms, tunicates and marine gastropods for human consumption from the United States of America

This Regulation lays down rules concerning the entry into the Union of consignments of live, chilled, frozen or processed bivalve molluscs, echinoderms, tunicates and marine gastropods intended for human consumption from the States of Massachusetts and Washington of the United States.

For the purpose of this Regulation, the following definition shall apply:

The measures applied in the States of Massachusetts and Washington of the United States for the protection of public health in relation to the production and placing on the market of live, chilled, frozen or processed bivalve molluscs, echinoderms, tunicates and marine gastropods for human consumption for which the Combined Nomenclature codes have been laid down in Part Two of Annex I to Regulation (EEC) No 2658/87 are equivalent to the requirements laid down in the rules referred to in Article 1(2)(a) of Regulation (EU) 2017/625.

(2)  Council Decision 98/258/EC of 16 March 1998 on the conclusion of the Agreement between the European Community and the United States of America on sanitary measures to protect public and animal health in trade in live animals and animal products (OJ L 118, 21.4.1998, p. 1). 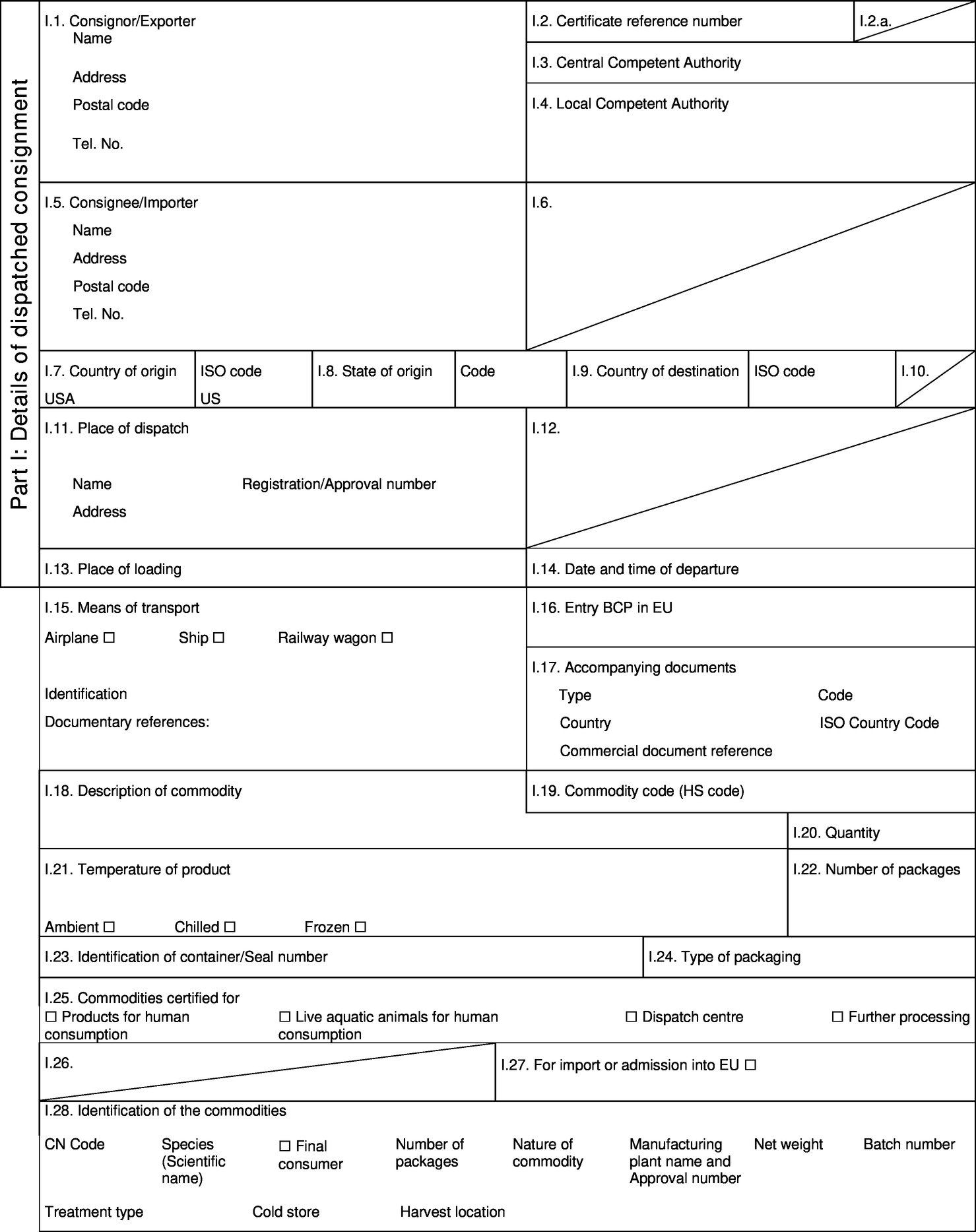