Having regard to the Treaty on the Functioning of the European Union, and in particular Article 79(2)(a) thereof,

After transmission of the draft legislative act to the national parliaments,

HAVE ADOPTED THIS REGULATION:

The Annex to Regulation (EC) No 1030/2002 is replaced by the images and text set out in the Annex to this Regulation.

Residence permits conforming to the specifications set out in the Annex to Regulation (EC) No 1030/2002, which are applicable until the date referred to in the second paragraph of Article 3 of this Regulation, may be issued until six months after that date.

Member States shall apply this Regulation at the latest 15 months after the adoption of the additional technical specifications referred to in Article 2 of Regulation (EC) No 1030/2002.

This Regulation shall be binding in its entirety and directly applicable in the Member States in accordance with the Treaties.

(1)  Position of the European Parliament of 13 September 2017 (not yet published in the Official Journal) and decision of the Council of 9 October 2017.

(5)  Council Decision 1999/437/EC of 17 May 1999 on certain arrangements for the application of the Agreement concluded by the Council of the European Union and the Republic of Iceland and the Kingdom of Norway concerning the association of those two States with the implementation, application and development of the Schengen acquis (OJ L 176, 10.7.1999, p. 31).

FRONT AND REVERSE OF THE CARD 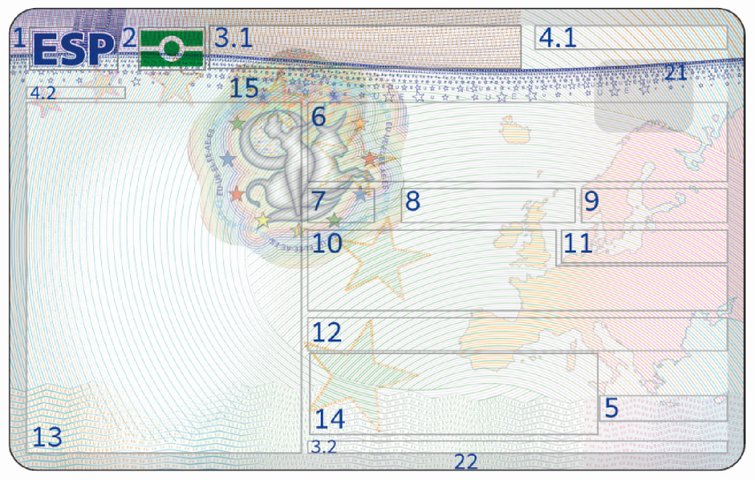 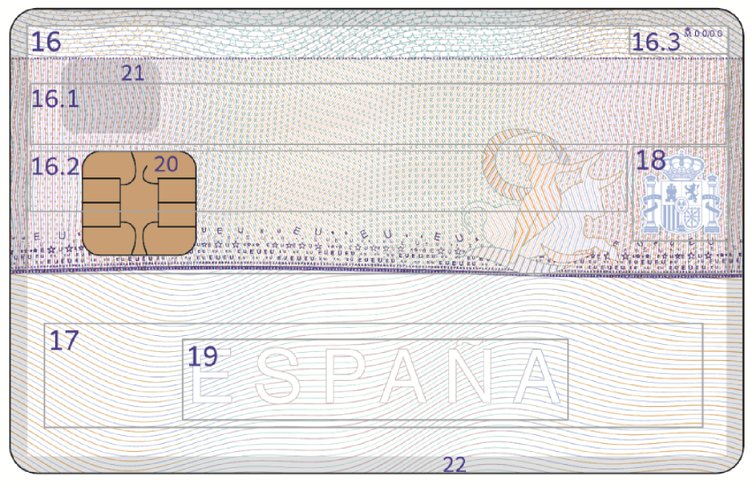 The residence permit, including biometrics, shall be produced as a stand-alone document in ID — 1 format. It shall draw on the specifications set out in the ICAO document on machine-readable travel documents (Document 9303, seventh edition, 2015). It shall contain the following (1):

The card shall be made entirely of polycarbonate or equivalent synthetic polymer (lasting for at least 10 years).

The following printing techniques shall be employed:

The security design of the front of the card shall be distinguishable from the back of the card.

The document number shall appear in more than one position on the document (excluding the machine-readable zone).

An upgraded DOVID providing a quality of identification and a level of security not less than the device used in the current uniform format for visas shall be used on the front of the residence permit with advanced design and features, including an enhanced diffractive element for advanced machine verification.

To ensure that residence permit data are properly secured against counterfeiting and falsification attempts, biographical data including the photograph, the holder's signature and the other main data shall be integrated into the basic material of the document. This personalisation shall be done using laser engraving technology or other equivalent secure technology.

(h)   Member States may also add additional national security features, provided that these are included in the list established under Article 2(1)(f) of this Regulation, that they comply with the harmonised appearance of the models above and that the efficiency of the uniform security features is not diminished.

(1)  The headings to be printed are specified in the technical specifications to be adopted under Article 6 of this Regulation.

(4)  The entry shall only be made in a date format (dd/mm/yyyy) and not in words such as “temporary” or “unlimited” as the expiry date relates to the physical document and not to the right of residence.

(5)  Additional remarks can also be entered in field 16 (“Remarks”) on the reverse of the card.

(6)  All the space available on the reverse of the card (except for the machine-readable zone) shall be reserved for the “Remarks” field. It will contain the actual remarks, followed by mandatory fields (date of issue, place of issue/issuing authority, place of birth), and followed by the optional fields each Member State needs.

(7)  Optional entries must be preceded by sub-headings.