Whereas it is appropriate to insert in Commission Regulation (EEC) No 2454/93 (3), as last amended by Regulation (EC) No 1427/97 (4), a definition of the term ‘EFTA countries’, as used in the context of the Community transit rules; whereas account should therefore be taken of the fact that countries other than the original Community and EFTA States have acceded to the Convention of 20 May 1987 on a common transit procedure (5), hereinafter referred to as ‘the Convention’;

Whereas the provisions on transit and proof of the Community status of goods carried by sea needs to be amended to simplify the tasks both of economic operators and of customs administrations;

Whereas the provisions on transit and proof of the Community status of goods carried by sea are inadequate because of the particular features of sea transport which have no counterpart in other types of transport; whereas it is consequently impossible under the current provisions to guarantee collection of customs debt and other charges on goods;

Whereas the Community transit procedure, which is obligatory for carriage by sea of non-Community goods, is almost impossible to apply in practice because of those features;

Whereas a guarantee is needed to ensure collection of customs debt and other charges where goods are carried under these transit rules, by sea, by regular shipping services;

Whereas it is necessary to establish a way of identifying goods consigned to or from a part of the customs territory of the Community where the provisions of Council Directive 77/388/EEC (6), as last amended by Directive 96/95/EC (7), do not apply; whereas such goods should be identified by means of a T2LF document or, where they are carried under the internal Community transit procedure, by means of a specific entry in the T2 declaration form;

Whereas experience has shown that it is advisable to restrict the ban on the use of the comprehensive guarantee within the Community transit regime to a limited period;

Whereas, for the purpose of simplifying administrative procedures, it would seem advisable to harmonize several of the forms used in the Community procedure and common transit procedure, and to combine in a single list the lists of certain sensitive goods contained in Annexes 52 and 56 to Regulation (EEC) No 2454/93;

Whereas the extension of the Community transit procedure to Andorra and San Marino requires some changes to the forms;

Whereas the transition period for trade between the Community as constituted on 31 December 1985, on the one hand, and Spain and Portugal on the other, and trade between those two Member States, ended on 31 December 1995, with the result that documents and procedures are no longer needed to identify goods so traded; whereas Commission Regulation (EEC) No 409/86 (8), as amended by Regulation (EEC) No 3716/91 (9), should therefore be repealed;

Whereas Article 188 of Regulation (EEC) No 2913/92, hereinafter referred to as ‘the Code’, grants import tariff reductions on fisheries products caught by Community vessels in the territorial waters of a third country; whereas a certificate in the form of a standard model incorporating all the necessary declarations needed in support of the declaration for release for free circulation would be the best way to deal with those products;

Whereas a simple obligation on the part of the Member States to keep at the disposal of the Commission the lists of cases referred to in Articles 870 and 889(2) of Regulation (EEC) No 2454/93 is sufficient not only to allow checks carried out in the framework of own resources controls to be carried out properly but also to protect the financial interests of the Community; whereas it is therefore convenient, with a view to simplifying the obligations of the Member States, to put an end to the obligation to send these lists to the Commission;

Whereas the codes established by Regulation (EEC) No 2454/93 do not cover returned goods within the meaning of Article 185 of the Code or goods from third countries released for free circulation in a country with which the Community has concluded a customs union agreement before being redispatched to the Community; whereas, therefore, those categories should be included in the list of codes;

Whereas the provisions of this Regulation are in accordance with the opinion of the Customs Code Committee,

The forms referred to in points 29 and 30 of Article 1 which were in use prior to the date of entry into force of this Regulation, may continue to be used, subject to the appropriate changes being entered, until stocks run out or until 31 December 1999 at the latest.

Point 11 of Article 1 shall also apply to Decisions taken pursuant to Article 362(1) of Regulation (EEC) No 2454/93 which remain applicable at the date of the entry into force of this Regulation.

In Title II A 1 of Annex 37, the third paragraph shall be replaced by the following:

Annex 38 shall be amended as follows: 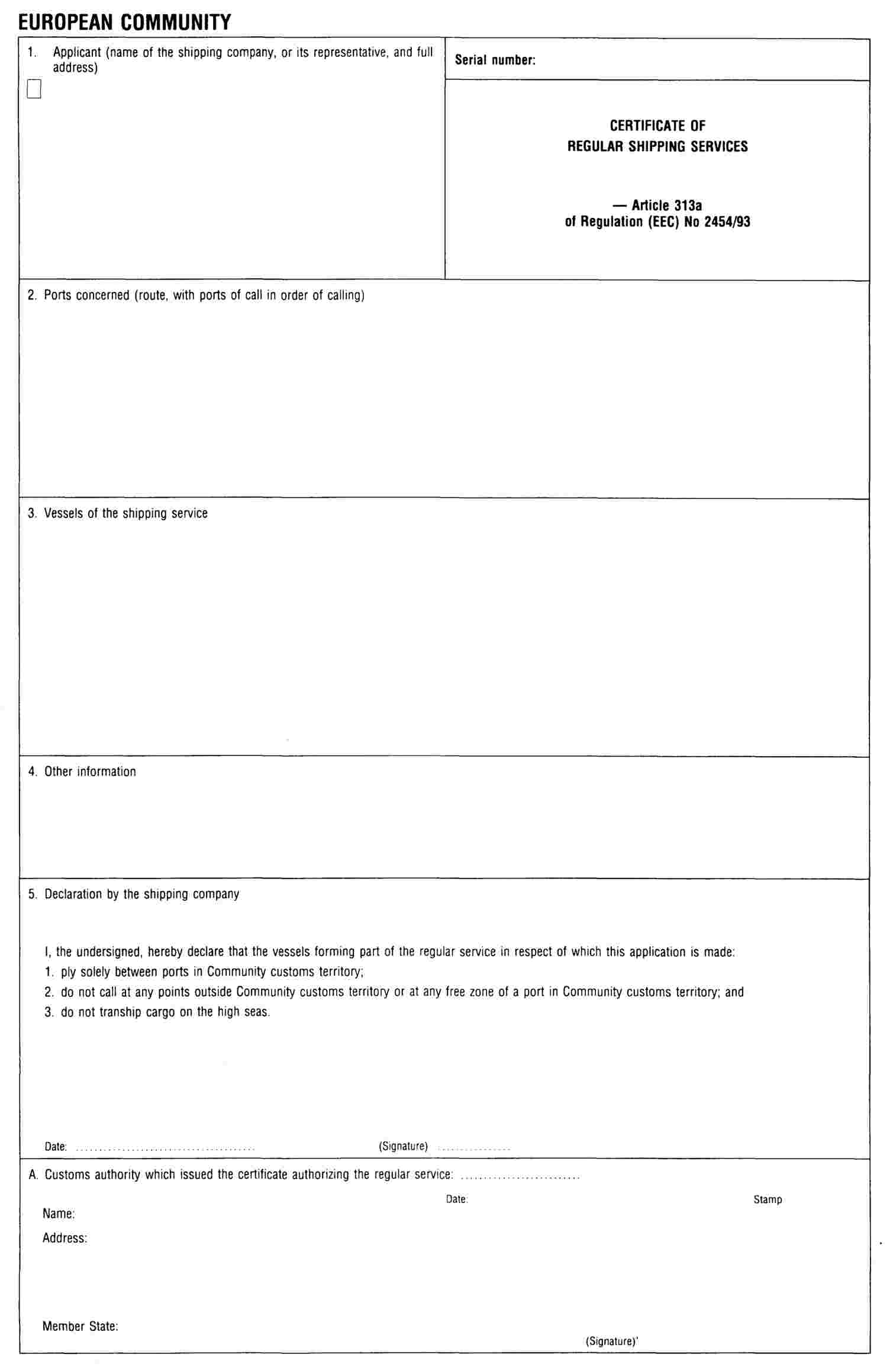 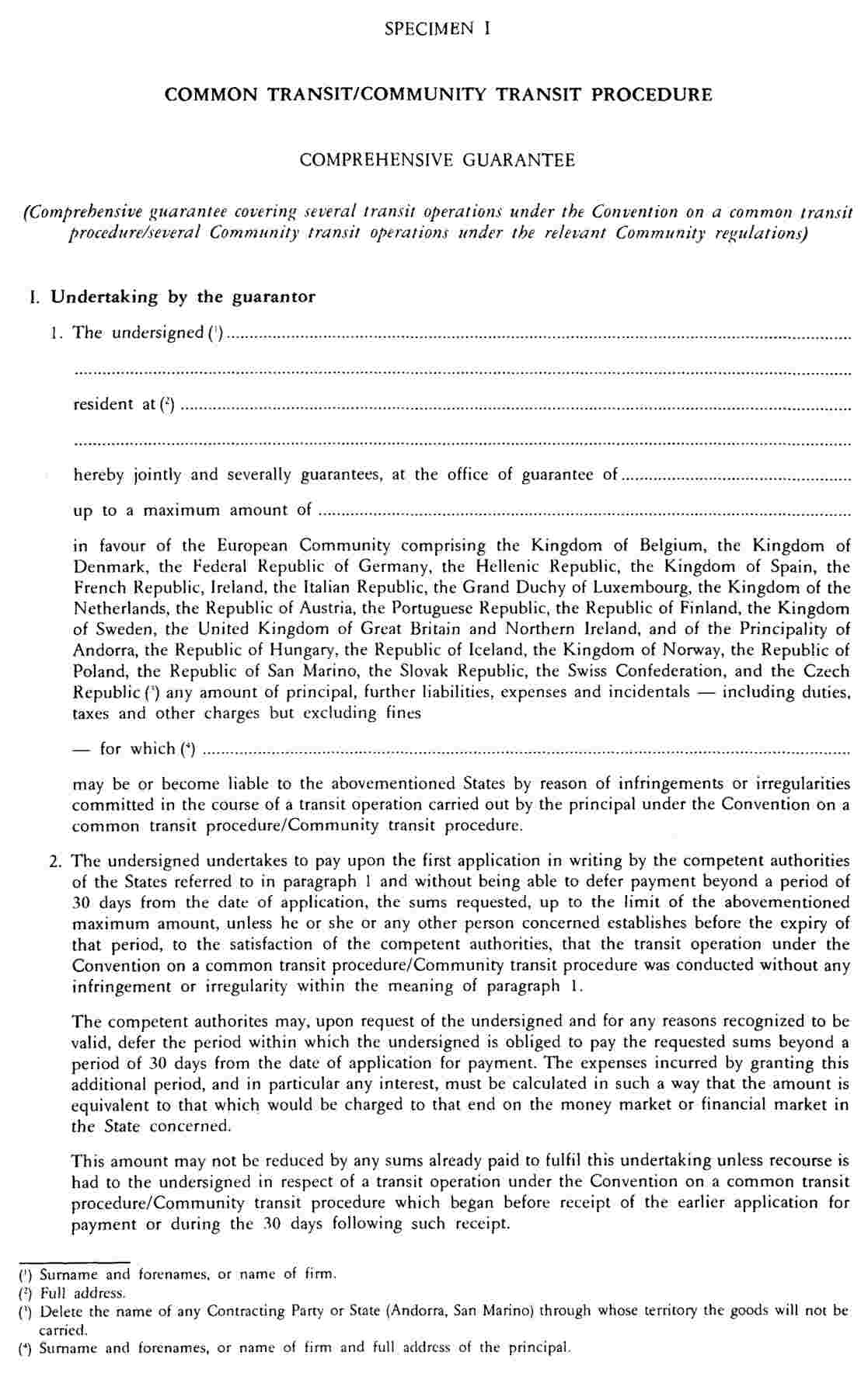 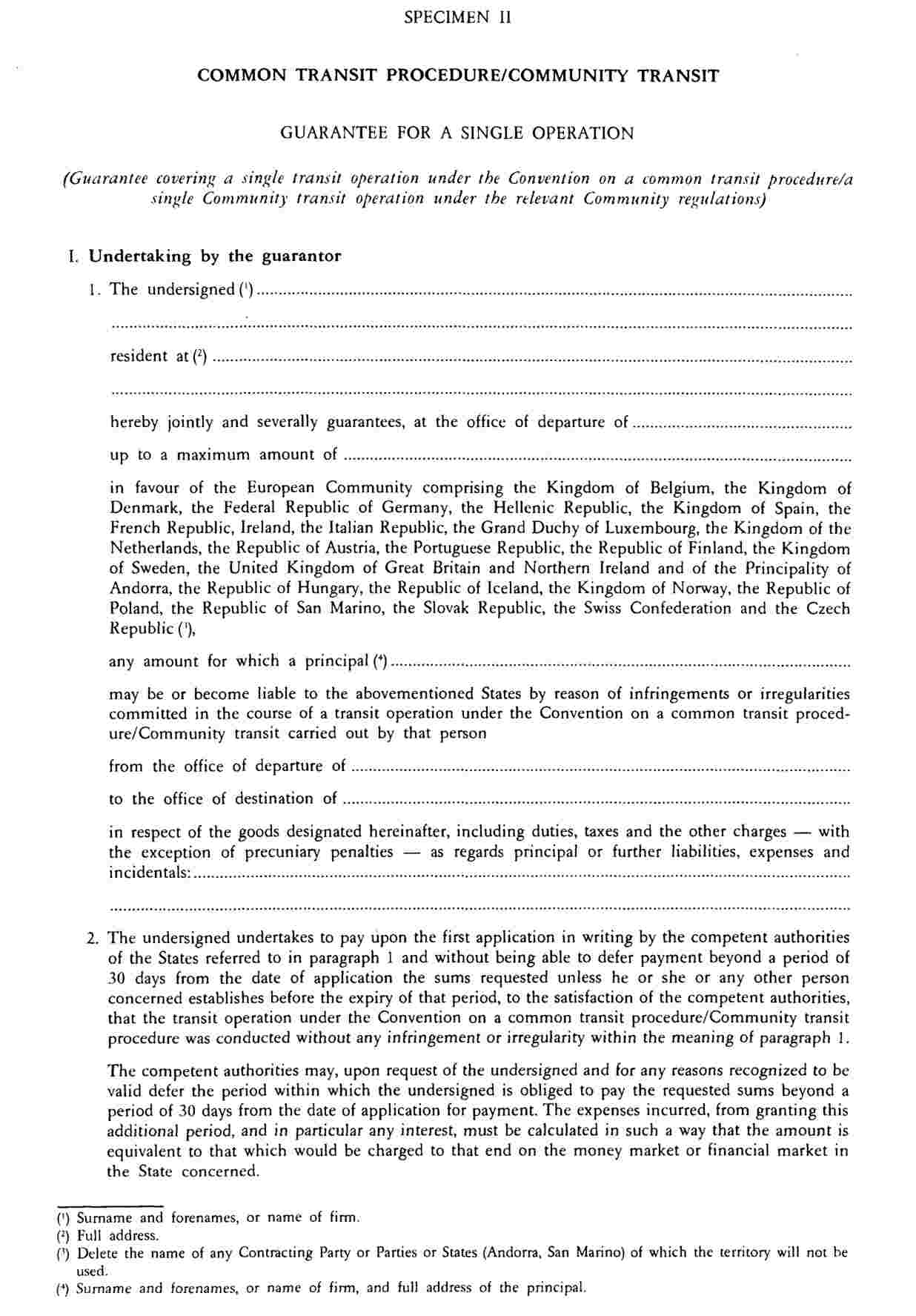 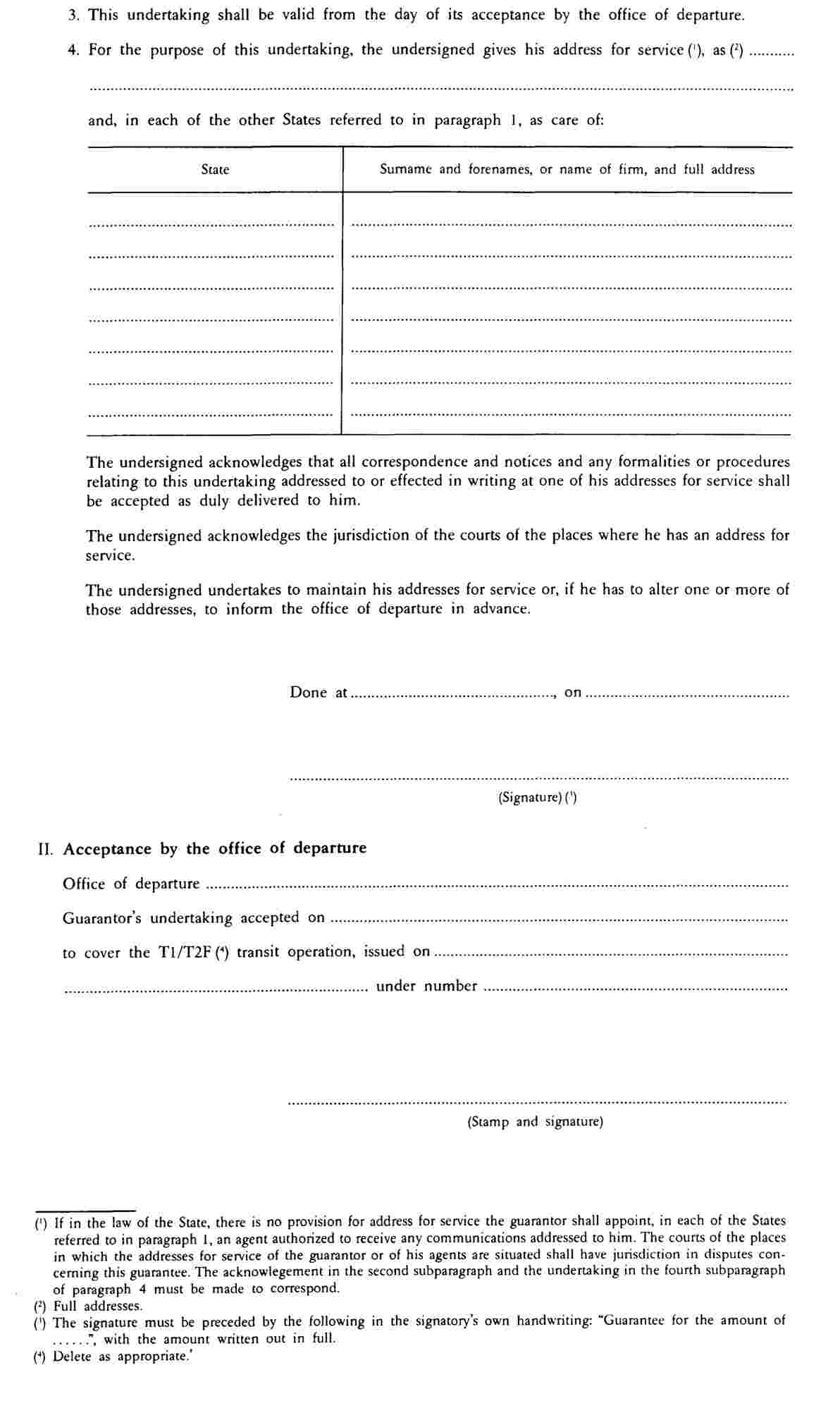 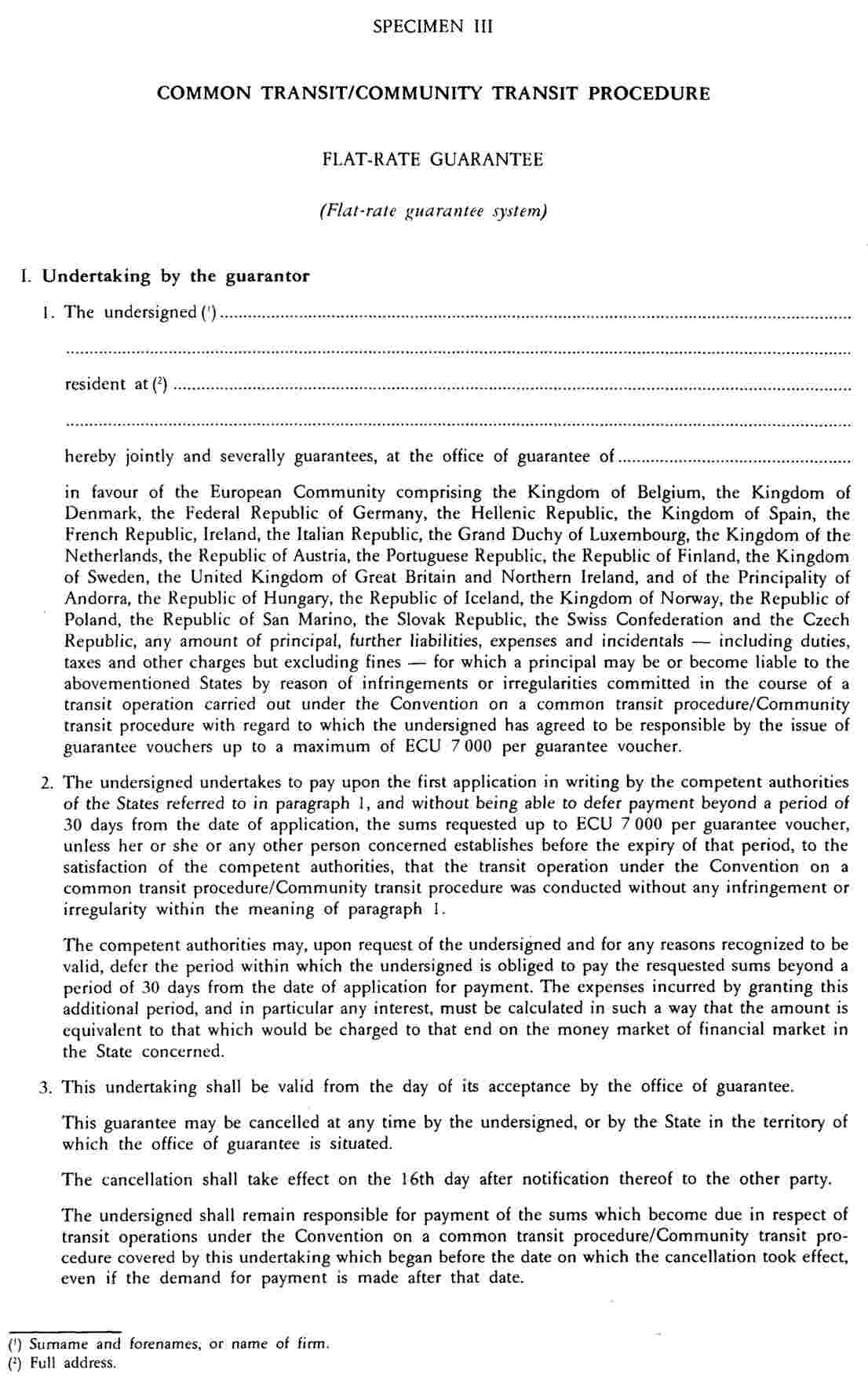 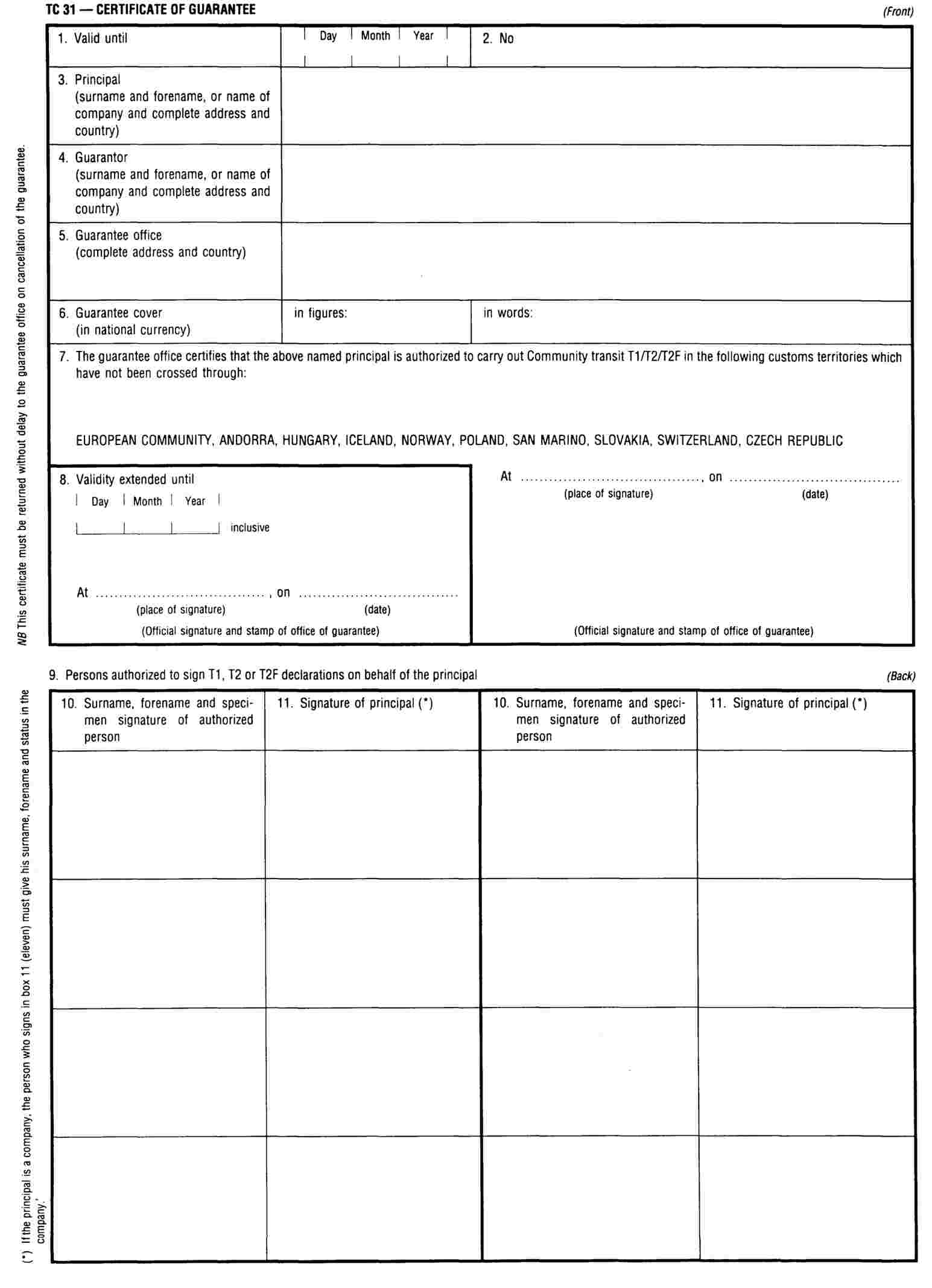 LIST OF GOODS WHICH, WHEN TRANSPORTED, GIVE RISE TO AN INCREASE IN THE FLAT-RATE GUARANTEE 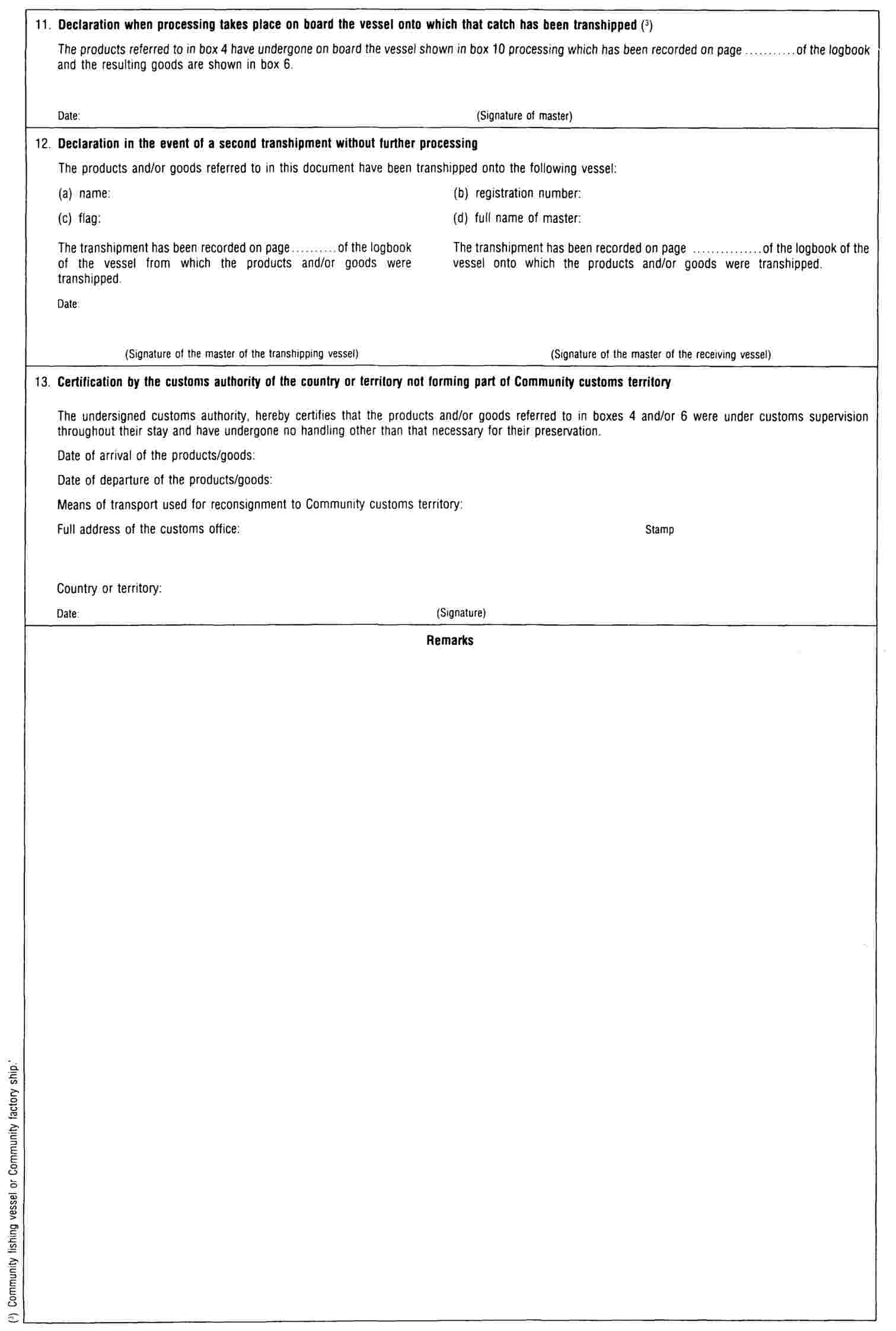