on shipments of radioactive substances between Member States

Having regard to the Treaty establishing the European Atomic Energy Community, and in particular Articles 31 and 32 thereof,

Having regard to the proposal from the Commission (1), drawn up after obtaining the opinion of a group of persons appointed by the Scientific and Technical Committee from among scientific experts in the Member States,

Whereas on 2 February 1959 the Council adopted directives laying down the basic standards for the protection of the health of workers and the general public against the dangers arising from ionizing radiation (4), amended in particular by Directive 80/836/Euratom (5);

Whereas, pursuant to Article 3 of Directive 80/836/Euratom, each Member State must make compulsory the reporting of activities which involve a hazard arising from ionizing radiation; whereas, in the light of possible dangers and other relevant considerations, these activities are subject to prior authorization in cases decided upon by each Member State;

Whereas shipments of radioactive waste between Member States and into and out of the Community are subject to the specific measures laid down by Directive 92/3/Euratom (6); whereas Member States are required to bring into force not later than 1 January 1994 the laws, regulations and administrative provisions necessary to comply with Directive 92/3/Euratom; whereas each Member State should be responsible for ensuring that its own radioactive waste is properly managed;

Whereas the removal of frontier controls in the Community as from 1 January 1993 has deprived the competent authorities of Member States of information previously received through those controls on shipments of radioactive substances; whereas there is a need for the competent authorities concerned to receive the same level of information as before to continue implementing their controls for radiation protection purposes; whereas a Community system of declaration and provision of information would facilitate the maintenance of radiation protection control; whereas a system of prior declaration is needed for shipments of sealed sources and radioactive waste;

Whereas special fissile materials as defined by Article 197 of the EAEC Treaty are subject to the provisions of Title II, Chapter VII — Safeguards of that Treaty; whereas the transport of such materials is subject to the obligations of the Member States and the Commission pursuant to the International Convention on the Physical Protection of Nuclear Materials (IAEA.1980);

Whereas this Regulation is without prejudice to provision of information and to controls imposed for reasons other than radiation protection,

1.   This Regulation shall apply to shipments, between Member States, of sealed sources and other relevant sources, whenever the quantities and concentrations exceed the levels laid down in Article 4 (a) and (b) of Directive 80/836/Euratom. It shall also apply to shipments of radioactive waste, between Member States, as covered by Directive 92/3/Euratom.

2.   In the case of nuclear materials, each Member State carries out all necessary controls, within its own territory, in order to ensure that each consignee of such materials, which are the subject of a shipment from another Member State, complies with the national provisions implementing Article 3 of Directive 80/836/Euratom.

For the purposes of this Regulation:

Controls of shipments of sealed sources, other relevant sources and radioactive waste between Member States, pursuant to Community or national law, for the purpose of radiation protection shall be performed as part of the control procedures applied in a non-discriminatory manner throughout the territory of the Member State.

1.   A holder of sealed sources or radioactive waste who intends to carry out a shipment of such sources or waste, or to arrange for such a shipment to be carried out, shall obtain a prior written declaration by the consignee of the radioactive substances to the effect that the consignee has complied, in the Member State of destination, with all applicable provisions implementing Article 3 of Directive 80/836/Euratom and with relevant national requirements for safe storage, use or disposal of that class of source or waste.

The declaration shall be made by means of the standard documents set out in Annexes I and II to this Regulation.

1.   The declaration referred to in Article 4 may refer to more than one shipment, provided that:

2.   The declaration shall be valid for a period of hot more than three years from the date of stamping by the competent authority as referred to in Article 4 (2).

A holder of sealed sources, other relevant sources and radioactive waste who has carried out a shipment of such sources or waste, or arranged for such a shipment to be carried out, shall, within 21 days of the end of each calendar quarter, provide the competent authorities in the Member State of destination with the following information in respect of deliveries during the quarter:

The first such return shall cover the period 1 July to 30 September 1993.

The competent authorities of Member States shall cooperate in ensuring the application and enforcement of this Regulation.

Member States shall forward to the Commission not later than 1 July 1993 the name(s) and the address(es) of the competent authorities as defined in Article 2 and all necessary information for rapidly communicating with such authorities.

Member States shall forward to the Commission any changes to such data.

Nothing in this Regulation shall effect existing national provisions and international agreements on the transport, including transit, of radioactive material.

Nothing in this Regulation shall affect the obligations and rights resulting from Directive 92/3/Euratom.

1.   The Regulation shall enter into force on the 20th day following its publication in the Official Journal of the European Communities.

2.   This Regulation shall cease to apply to radioactive waste on 1 January 1994. 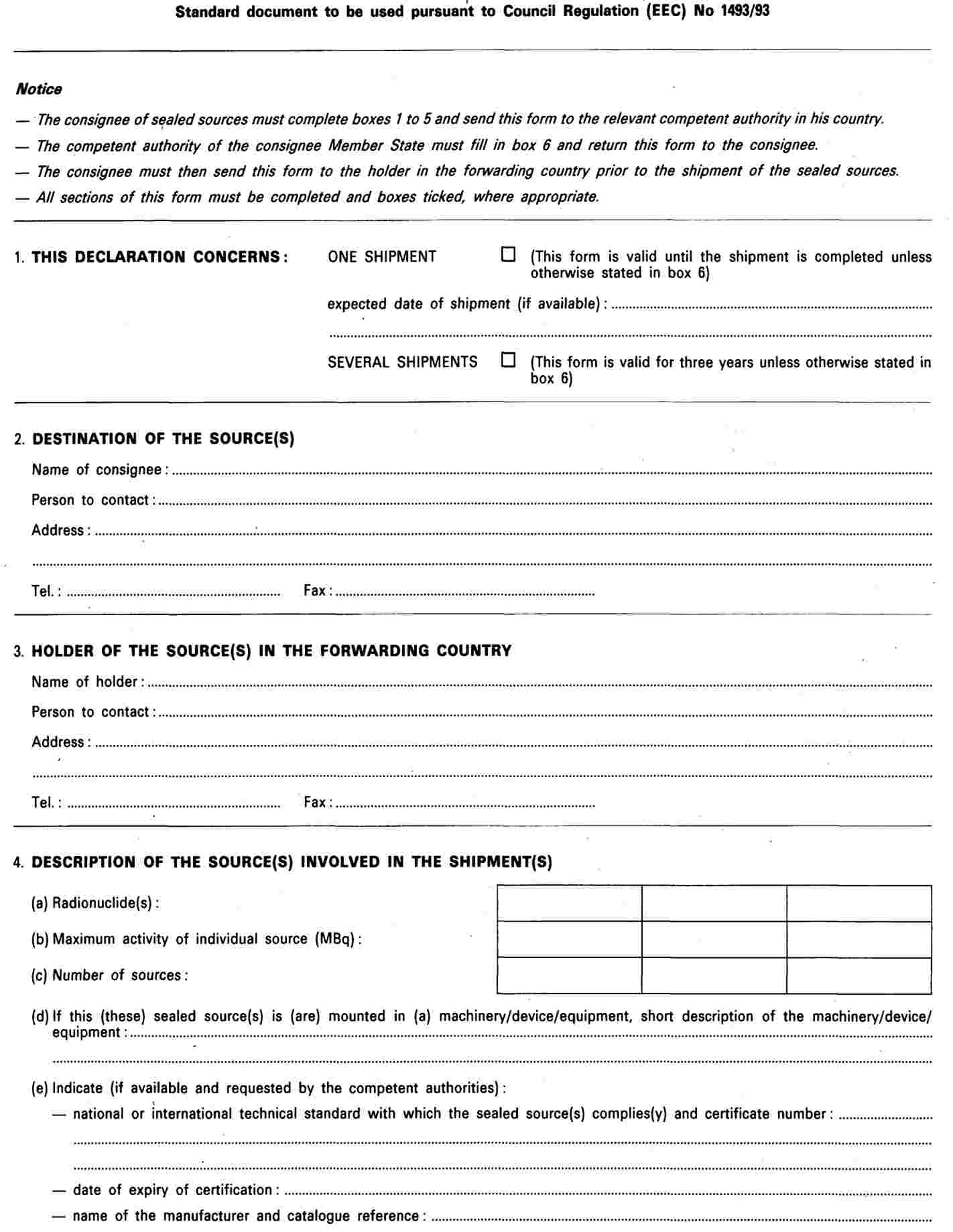 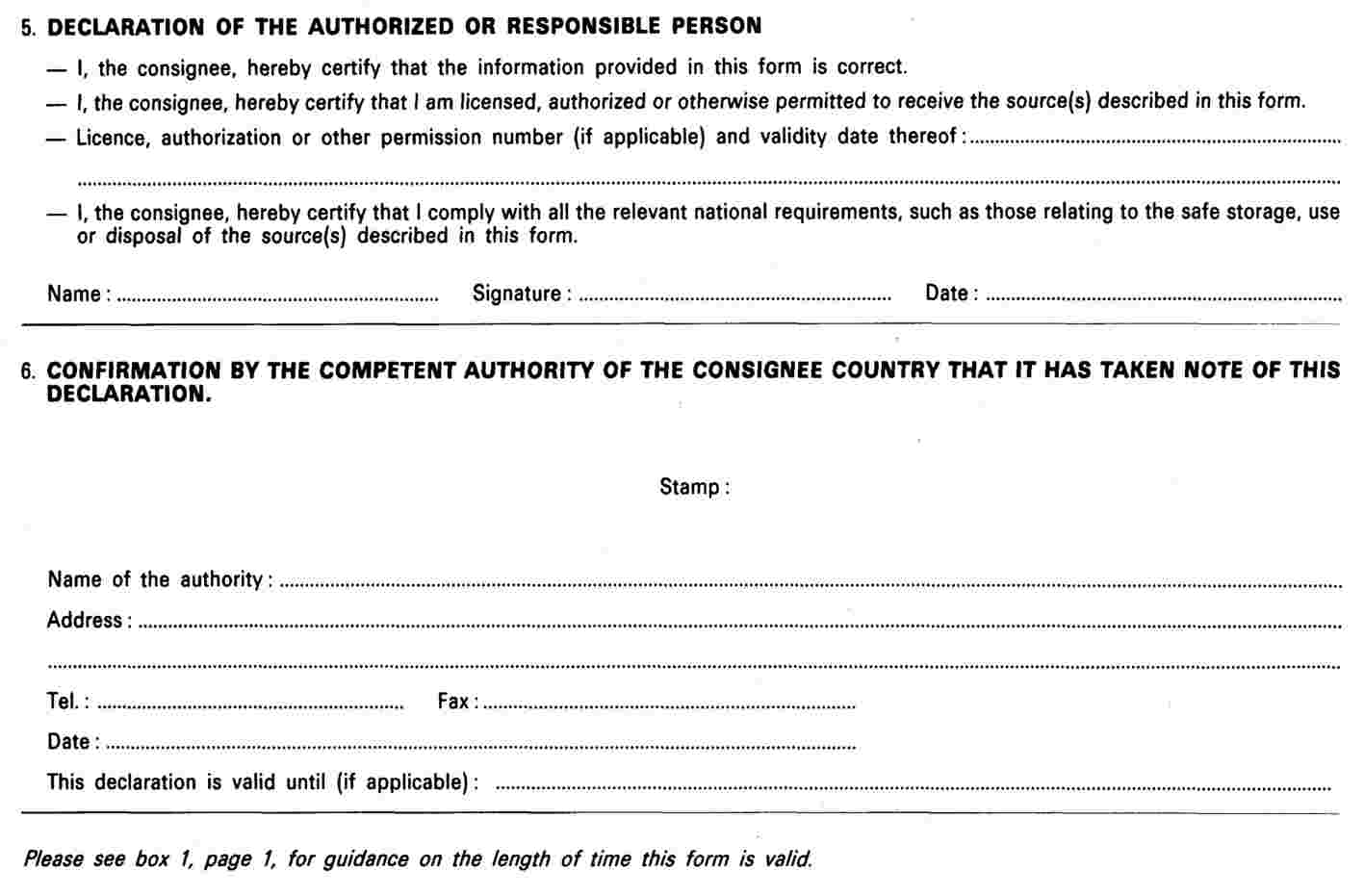 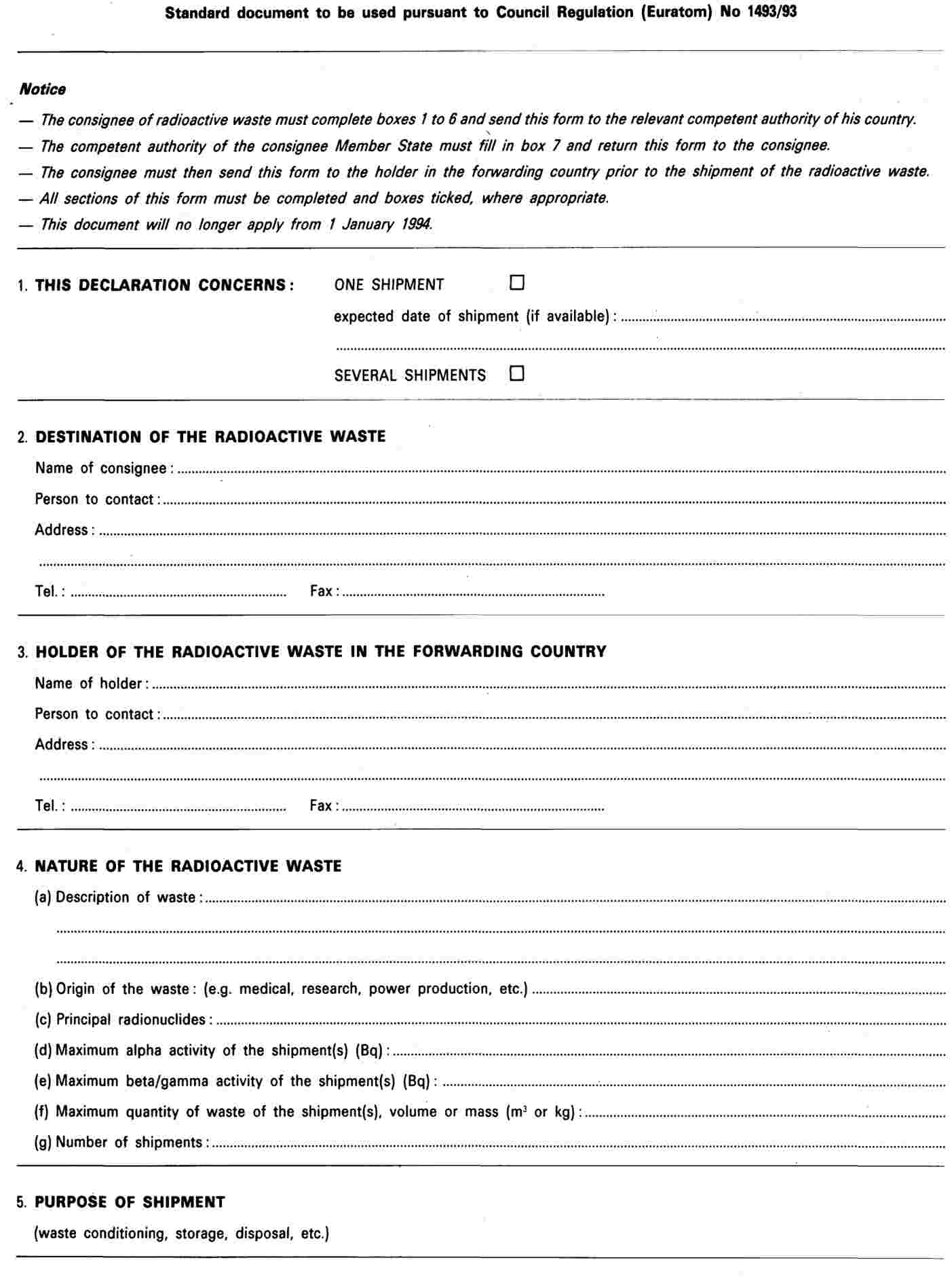 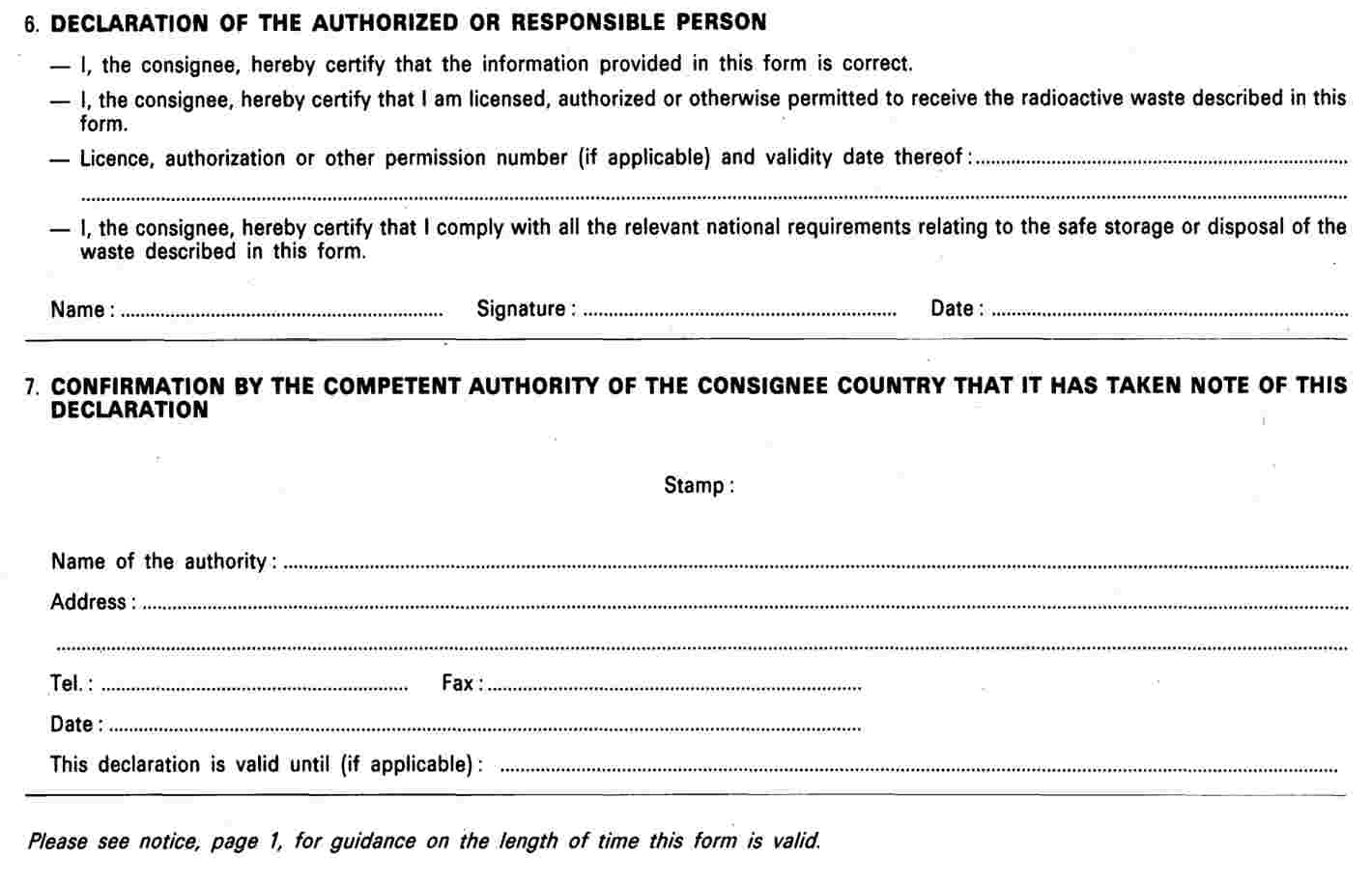