Consolidated text: Council Directive of 16 December 1991 relating to the compulsory use of safety belts and child-restraint systems in vehicles (91/671/EEC)

Having regard to the Treaty establishing the European Economic Community, and in particular Article 75 thereof,

Having regard to the proposal from the Commission ( 1 ),

Having regard to the opinion of the European Parliament ( 2 ),

Having regard to the opinion of the Economic and Social Committee ( 3 ),

Whereas the national laws on compulsory use of safety belts differ widely from one Member State to another; whereas it is therefore necessary to harmonize that compulsory use;

Whereas the obligation to use safety belts should be harmonized in vehicles of less than 3,5 tonnes in order to guarantee road users a greater degree of safety;

Whereas Directives 76/115/EEC ( 4 ) and 77/541/EEC ( 5 ) concern the technical requirements relating to safety belts with which motor vehicles must comply, but not the use of safety belts;

Whereas in the resolution of 19 December 1984 ( 6 ), the Council and the Representatives of the Governments of the Member States, meeting within the Council, undertook to ensure the rapid adoption of road safety measures, and invited the Commission to submit proposals;

Whereas resolutions of the European Parliament on road safety ( 7 ) have recommanded that the wearing of safety belts by all passengers, including children, on all roads and in all seats in passenger vehicles (except public service vehicles), should be compulsory;

Whereas provision should be made for the compulsory use of child restraint systems on seats fitted with safety belts;

Whereas, pending harmonized Community standards for child restraint systems, those standards which correspond to Member States' national requirements must be recognized throughout the Member States;

Whereas studies have also shown that rear seats are almost as hazardous as front seats for unbelted passengers and that rear-seat passengers not wearing belts increase the risk of injuries to front seat passengers; whereas deaths and injuries could thus be further reduced if the wearing of belts in rear seats was made compulsory;

Whereas the fixing of the date of entry into force of the measures referred to in this Directive should allow time for the drafting of the implementing provisions required, particularly in those Member States where as yet no provisions on this matter exist,

2.  For the purposes of this Directive:

— the definitions of safety systems, including safety belts and child restraints, with regard to vehicles in categories M1 and N1, and of the components thereof shall be those appearing in Annex I to Directive 77/541/EEC ( 9 ),

— ‘rearward-facing’ shall mean facing in the direction opposite to the normal direction of travel of the vehicle.

3.  Child restraints shall be classified in five ‘mass groups’:

4.  Child restraints shall be subdivided into two classes:

(a) an integral class comprising a combination of straps or flexible components with a securing buckle, adjusting device, attachments and in some cases a supplementary chair and/or impact shield, capable of being anchored by means of its own integral strap or straps;

(b) a non-integral class that may comprise a partial restraint which, when used in conjunction with an adult belt which passes around the body of the child or restrains the device in which the child is placed, forms a complete child-restraint system.

(i) For M1, N1, N2 and N3 vehicles, Member States shall require that all occupants of vehicles in use shall use the safety systems provided.

Children less than 150 cm in height occupying M1, N1, N2 and N3 vehicles fitted with safety systems shall be restrained by an integral or non-integral child-restraint system, within the meaning of Article 1(4)(a) and (b), which is suitable for the child's physical features in accordance with:

— classification provided for in Article 1(3), for child restraint systems approved in accordance with point (c)(i) of this paragraph;

In M1, N1, N2 and N3 vehicles that are not fitted with safety systems:

— children under three years of age may not be transported,

— without prejudice to point (ii), children aged three and over and less than 150 cm in height shall occupy a seat other than a front seat;

(ii) Member States may allow, in their territory, children of less than 150 cm in height and of at least 135 cm in height to be restrained by a safety belt for adults. These height limits shall be re-examined according to the procedure referred to in Article 7b(2);

(b) children may not be transported using a rearward-facing child-restraint system in a passenger seat protected by a front air bag, unless the air bag has been deactivated, even in cases where the air bag is automatically deactivated in a sufficient manner;

(c) where a child-restraint system is used, it shall be approved to the standards of:

or any subsequent adaptation thereto.

(d) until 9 May 2008 Member States may permit the use of child-restraint systems approved in accordance with the national standards applicable in the Member State on the date of installation of the restraint system or with national standards equivalent to Regulation 44/03 of the United Nations Economic Commission for Europe or Directive 75/541/EEC.

(a) Member States shall require that all occupants aged three and over of M2 and M3 vehicles in use shall use the safety systems provided while they are seated.

Child restraints shall be approved in accordance with paragraph (1)(c) and (d);

(b) passengers in M2 and M3 vehicles shall be informed of the requirement to wear safety belts whenever they are seated and the vehicle is in motion. They shall be informed in one or more of the following ways:

— by the conductor, courier or official designated as group leader,

— by signs and/or the pictogram established by the Member States in accordance with the Community design in the Annex, prominently displayed at every seating position.

The provisions of this Directive shall also apply to drivers and passengers of vehicles being used on the road in the Community which are registered in a third country.

Persons provided by the competent authorities with an exemption certificate for serious medical reasons shall be exempt from the obligations laid down in Article 2. Any medical certificate issued by the competent authorities in one Member State shall also be valid in any other Member State; the medical certificate must indicate its period of validity and be shown to all authorized persons upon request in accordance with the relevant provisions in force in each Member State. It must bear the following symbol:

Member States may, for transport in their territory, with the Commission's agreement, grant exemptions other than those laid down in Article 5, in order:

— to take account of specific physical conditions, or particular circumstances of limited duration,

— to allow certain types of occupation to be carried out effectively,

— to ensure that the police, security or emergency services can perform their duties properly,

— where two child restraints are fitted in the rear of M1 and N1 vehicles and lack of space prevents the fitting of a third, to allow a third child, aged three or over and less than 150 cm in height, to be restrained by means of a safety belt for adults,

— to allow children aged three and over to be restrained by means of an adult safety belt, in seats other than the front seats of M1 and N1 vehicles, for occasional transport over a short distance when no child restraint or an insufficient number of child restraints is available in the vehicle,

— to take account of the specific conditions of use of M2 and M3 vehicles for local transport in urban and built-up areas, or in which standing is allowed.

Member States may, with the Commission's agreement, grant temporary exemptions, other than those provided for in Articles 5 and 6, in order that, subject to compliance with the rules of the Member State concerned, for local transport operations, particularly for school buses, a greater number of seated children may be transported in M2 and M3 vehicles than there are seats available fitted with safety belts.

The period of validity of such exemptions, set by the Member State, may not be more than five years from 9 May 2003.

Member States may, for transport in their territory, grant temporary exemptions, other than those provided for in Articles 5 and 6, in order, subject to compliance with the rules of the Member State concerned, to allow a greater number of persons to be transported in seats other than the front seats of M1 and N1 vehicles than there are seats available fitted with safety belts or restraint systems.

The period of validity of such exemptions, set by the Member State, may not be more than six years from 9 May 2003

The Commission shall, by 1 August 1994, submit a report on the implementation of this Directive for the particular purpose of establishing whether or not more stringent safety measures and much closer harmonization are needed. If appropriate, the report shall be accompanied by proposals, on which the Council shall act by a qualified majority at the earliest opportunity.

1.  To take account of technical progress, Articles 2 and 6 of this Directive may be adapted in accordance with the procedure referred to in Article 7b(2).

2.  The Commission shall continue to carry out studies on the safety systems most suitable for improving the protection of all passengers against all types of accident and shall submit to the European Parliament and the Council a report on the findings of those studies and on the application of this Directive, particularly on the exemptions granted by Member States pursuant to Article 6, in order to assess the advisability of strengthening safety measures and the need for greater harmonisation. Where appropriate, on the basis of this report, the Commission shall submit appropriate proposals.

1.  The Commission shall be assisted by a committee.

3.  The Committee shall adopt its rules of procedure.

1.  After consulting the Commission, Member States shall bring into force the laws, regulations and administrative provisions necessary to comply with this Directive before 1 January 1993. They shall forthwith inform the Commission thereof.

2.  When Member States adopt these provisions, they shall contain a reference to this Directive or be accompanied by such reference on the occasion of their official publication. The methods of making such a reference shall be laid down by the Member States.

3.  Member States shall communicate to the Commission the texts of the main provision of national law, which they adopt in the field governed by this Directive. 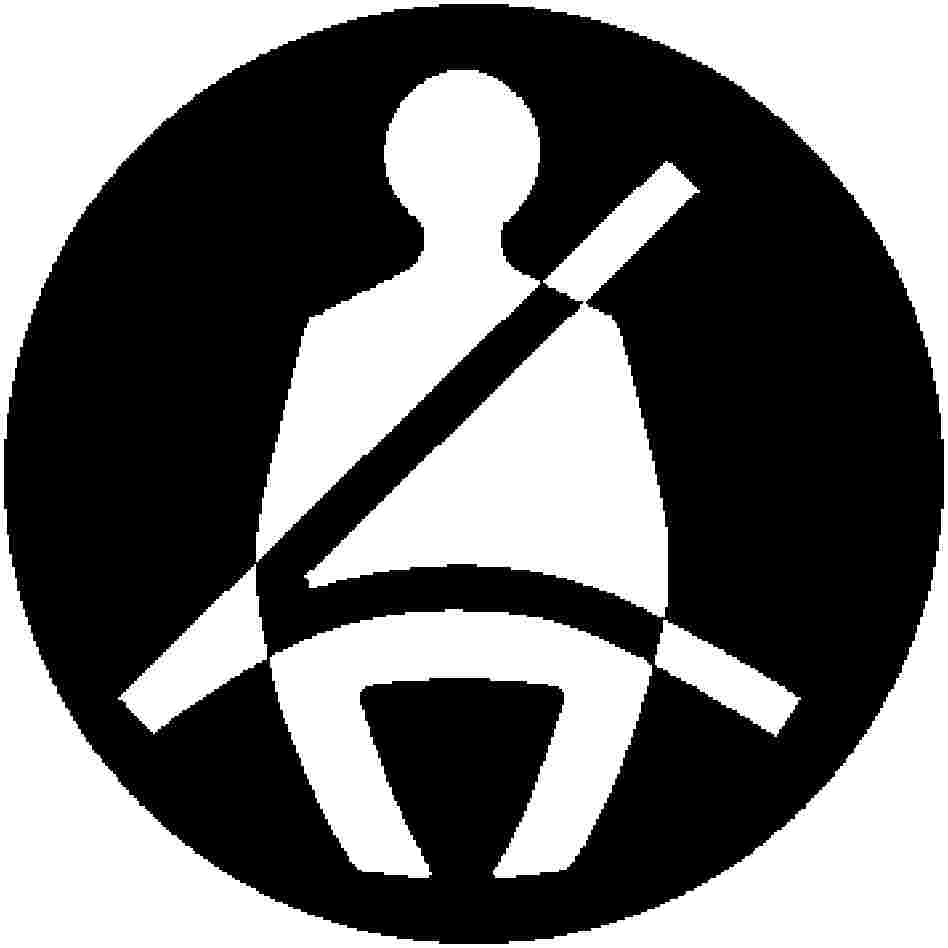 (Colours: a white figure on a blue background)